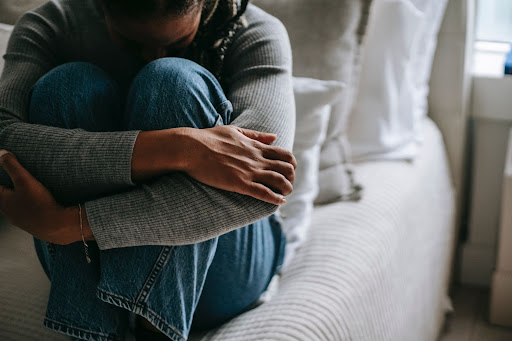 Anxiety is terrible. Having an anxiety attack is like being perpetually on the verge of a panic attack. Your heart races, you can't think straight, and there's a huge knot in your chest. Anxiety is exhausting and frustrating, and it makes you feel like you're not totally in control of your own body.

But anxiety doesn't have to be crippling. You don't have to deal with it alone. And when you're feeling anxious, there are things you can do to help ground yourself and make yourself feel better.

One thing that helps me a lot when I'm having an anxiety attack is to watch movies that are comforting to me — movies that I've seen so many times that their plots are familiar, or movies that make me feel something other than fear and worry. It's easier said than done, but sometimes stepping away from the situation or the stressor or whatever is causing the anxiety attack can help you calm down enough to cope with your feelings.

Nobody understands your struggle with anxiety better than fellow sufferers — and one of the best ways to feel better about your own situation is to see it portrayed by others. This is why movies that feature characters with anxiety disorders can be so powerful. Here are ten films you should watch to help get through those tough times:

If you need to watch something that’s going to make you cry, this is the movie for you. Everything is Illuminated stars Elijah Wood and Eugene Hutz as the unlikely duo who go on their own unique journey together through Ukraine. The film is a beautiful character study about two people who are very different from one another, but find common ground in one another’s company. It also has a great soundtrack with contributions from DeVotchKa and Gogol Bordello.

Donnie Darko is offbeat, weird, smart, and will probably make you think more than any other film on the list. It’s just plain good filmmaking and despite its cult following, it still remains relatively unknown among mainstream audiences. The story follows a troubled teenager named Donnie Darko (great name) who starts seeing visions of an imaginary bunny named Frank who tells him the world is going to end in 28 days unless Donnie does exactly what he says.

Based on the true story of some pretty smart people who bet on the housing market bubble bursting, this movie not only shows what happened but why. It covers the financial crisis that began in 2007, and it shows how the financial industry was primarily responsible for the crisis.

If you haven’t watched this film already, it’s a must-see. Especially if you’re interested in learning about finances and how they can drive us all crazy!

The Imitation Game is one of those films that can make you feel so many things. It will make you laugh, as well as cry. It’s a great movie to watch when you’re having anxiety because of its message and the way it makes you feel.

The Imitation Game is based on the life of Alan Turing, the man who cracked Germany’s Enigma Code during World War 2. This film is a biopic and tells the story of Turing’s life from his childhood to the end of World War 2 and his struggles with being gay in post-war Britain.

The world can be a frightening place, but you can always escape into a movie. But which movies will actually help you feel better? Here are ten movies to watch when you’re having anxiety. They all have some really great lessons in them, and they’re guaranteed to make you feel better if you’re in an anxious state.

You may be surprised that one of the Movies to Watch When You’re Having Anxiety is  Captain Fantastic (2016). It’s not a typical movie for anxiety, but it still helps.

Captain Fantastic (2016) can be an excellent movie to watch when you’re having anxiety.

The main character struggles with his own mental health and depression. He makes some questionable choices, but many people can relate to him.

His views and opinions are unique, and he lives in a way that makes him feel better. His happiness comes from the small details of life, and this can be a great reminder for your own life.

However, like many movies, Captain Fantastic has some dark moments and struggles that might trigger those who have anxiety disorders or who are struggling with depression.

The critically acclaimed film is sure to bring a smile to your face. The story focuses on Riley, an 11-year old girl who moves from Minnesota to San Francisco with her family. Inside Out takes us inside Riley’s mind, where emotions like Joy, Sadness, Anger, Fear and Disgust guide her through the process of growing up. Although the movie is rated PG, it tackles mature themes including the role that sadness plays in our lives and how we can learn to cope with change.

Who doesn’t love Michael Keaton? This movie is so good and it has such an amazing cast! It will have you laughing one minute and crying the next. The story is about an actor who once played an iconic superhero character and is working to make his comeback by writing, directing, and starring in a Broadway production. This movie really shows how fame can affect the people that surround you and ultimately how it can change your life forever.

This is another one of the movies to watch when you’re having anxiety because it shows just how much your life can be affected by an illness. Stephen Hawking (played by Eddie Redmayne) is diagnosed with ALS at the age of 21, and the film shows how his family copes with the disease. When he gives up on life, his wife convinces him that he still has a lot to offer the world, and he comes to realize that even in his condition, he can make meaningful contributions to science and humanity.

Sutter Keely (Miles Teller) is the life of the party. He's the guy everyone wants to be around. He's incredibly charismatic and charming and he seems so self-assured. But Sutter also has underlying issues, stemming from his troubled home life, that causes him to have anxiety.

One of the Movies to Watch When You're Having Anxiety is The Spectacular Now (2013). This movie provides a realistic portrayal of an anxious personality and it shows that there is always help available for those who need it. Sutter eventually realizes that he needs to reach out and ask for help because he can't continue this way.

Anxiety is a complex social experience that can be very problematic. It can sometimes feel like the only thing happening to us, and it’s easy to start feeling overwhelmed by all the thoughts and negativity. That’s where these ten movies come in: they all feature characters who have moments of anxiety but learn how to overcome these setbacks to lead more fulfilling lives. They may speak to your own situation and give you something worthwhile to think about. 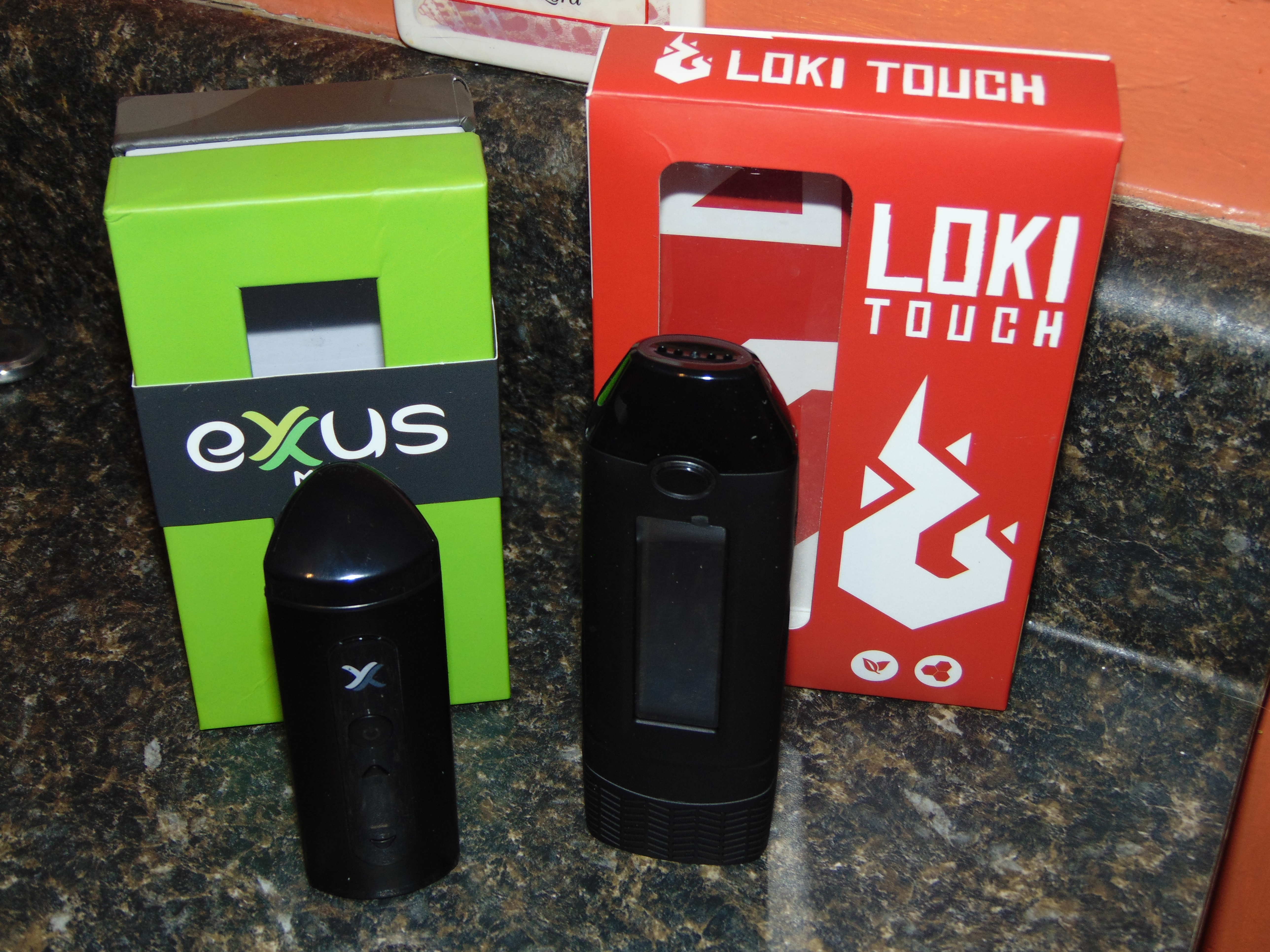 Father’s Day is soon to be here, and that means searching for the perfect gift to give Dad. Now if you have Dad, Grandpa, Husbands and more to shop for that can also mean more head scratching. You could get him another tie, some more tools or fishing gear. However, might I suggest a new… 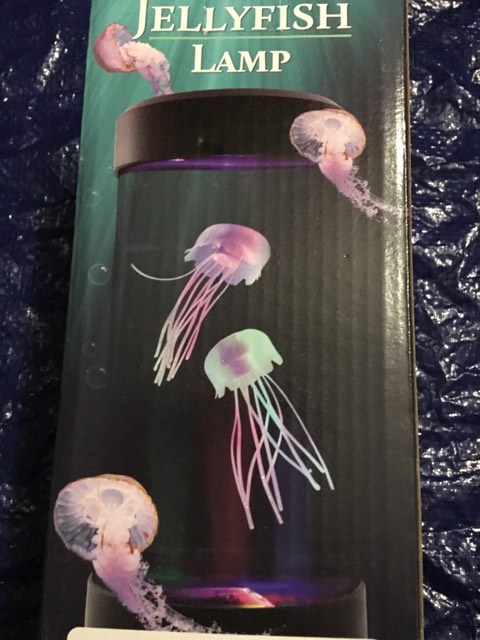 With kids heading back to school. There are some going away to college, I found the most awesome lamp that would be the talk of any dorm.   JELLYFISH TANK – COLOR CHANGING MOOD LIGHT, is the perfect light for any room, it’s so relaxing to watch the jellyfish move around and the light changes… 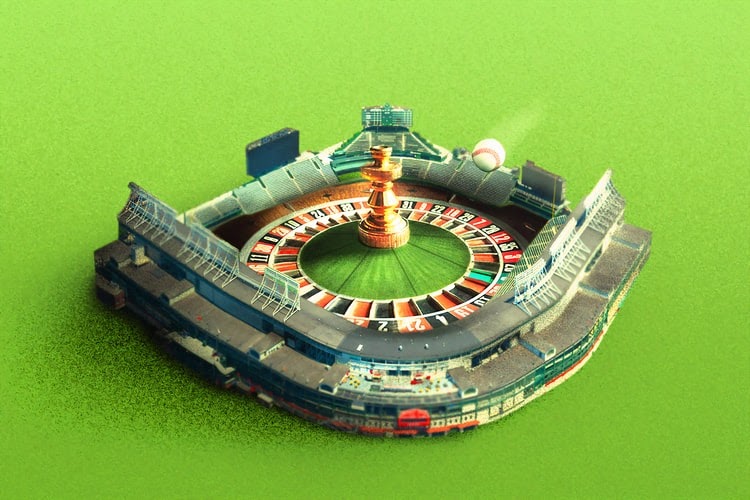 The thing with the online community is that anything can be trendy next. One prediction that taking the world by storm is the projected popularity of online casinos for 2020. This is starting to materialize this year as more and more websites offering online casino games are being introduced to the market…. 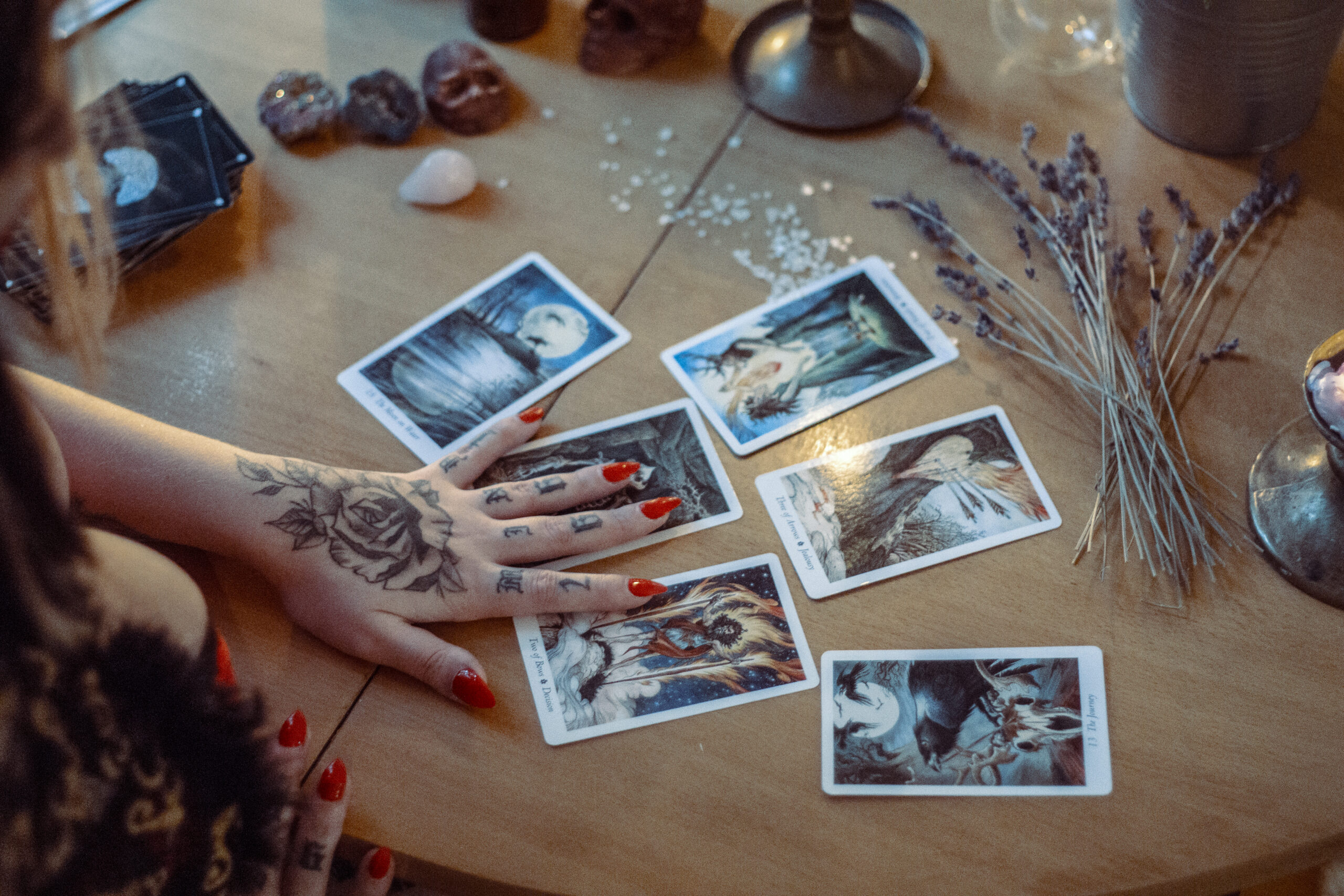 https://images.pexels.com/photos/3088369/pexels-photo-3088369.jpeg Is it possible for you to get a partner by visiting a psychic? Well, if you believe that the services of Psychic Reader help in getting a date, you are standing at the door of disappointment. Psychics cannot be a matchmaker, just like the therapist cannot set true love for you. There… 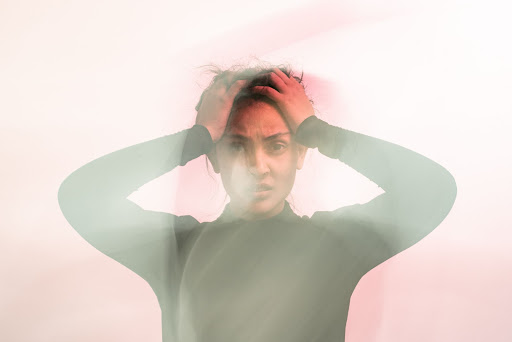 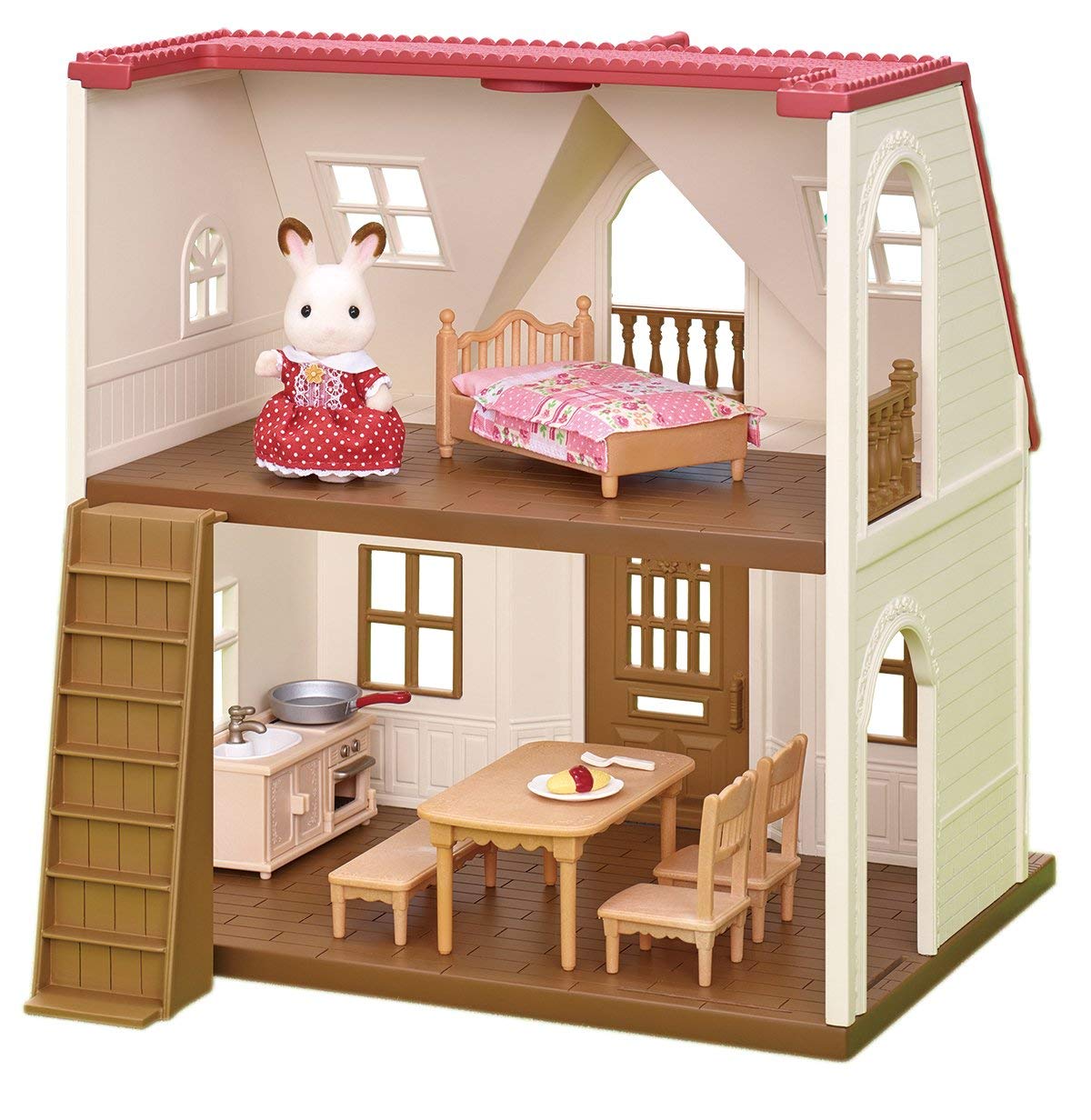 Being young we had every Barbi house there was, nowadays they have some cute animal cottages and more. Calico Critters has so many fun homes and more for all your child’s needs. What I think is the best part of these toys is, they can all connect to each other making them a bigger and better cottage or…