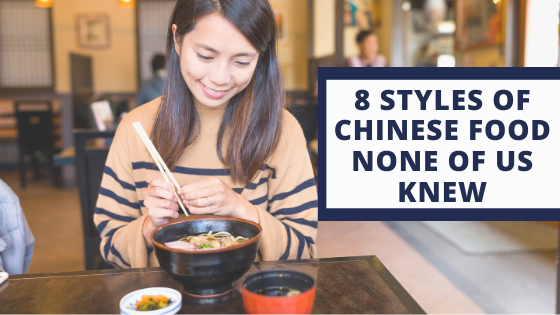 Chinese food comprises of lots of complex flavours that are well appreciated all across the globe. However, many are unaware that Chinese cuisine consists of several other cuisines native to different regions of China. Some of them are:

People of Southern China have migrated to many parts of the world over the years. The Cantonese cuisine belongs to the southern provinces of China like Guangdong and that is why it is the most recognizable Chinese cuisine in the world.

The people from the province mostly migrated to cities like London and Kolkata which have a huge global reach. The cuisine mainly consists of seafood because of the geography of the provinces where it originated. Some of the most popular recipes belonging to the Cantonese cuisine are Dim Sums, taro cakes, and shrimp dumplings.

Surrounded by mountains and several water bodies, the Fujian region is a beautiful province, still largely untouched. Its raw beauty is reflected in its food which consists of ingredients local to the region like seafood like fish and shrimp, mushrooms, meat like mutton, chicken and ducks, and some herbs.

Fujian cuisine has dishes rich in flavour with marinades and is reputed as the spices in the recipes strike a brilliant balance between sweet and sour flavours. Some of the most widely loved recipes include the drunken frog and oyster cakes

The Sichuan style is famous for its spicy food, mainly because of the Sichuan peppercorns. Belonging to the province of Sichuan, this style includes foods that are typically extremely spicy yet full of flavour.

The most common ingredients used include seeds, garlic, air-dried meats, and a variety of spices including the Sichuan peppercorns. The peppercorns are notoriously spicy yet are loved by people because of their citrus flavour and a good aroma. The most common recipes belonging to this style of cooking include the Chongqing Chicken and the Mapo Doufu. Chinese Chicken recipe is a must try.

Hunan is a primarily agriculture-based region in south-central China. It is often called the ‘Land of Fish and Rice” mainly due to the fact that a staple diet of many in the agriculture field constitutes the same. However, the Hunan style of cooking uses a lot of chilies and is even spicier than the Sichuan style.

The dishes are rich in flavour as the chilies are perfectly balanced with a combination of flavourful and aromatic herbs along with ingredients like garlic and shallots. The dishes are mainly pot-roasted. Popular recipes include Hongshou, which is pork braised in a marinade of brown sugar and soy sauce and the Dong’an chicken.

The Jiangsu style of cooking can be found in areas to the northwest of Shanghai and around the Yangtze rivers. It's more popular amongst the elite class as it is the staple cuisine in most high-class banquets and even state dinners.

It consists of cooking food with highly professional techniques executed to perfection. The highlight of the dishes is that they are a treat for the eye because of their meticulous presentation. Some of the most popular recipes are sweet and sour spare ribs and salted dried duck.

The Zhejiang cuisine can be found in areas to the south of Shanghai and in the Yangtze River delta. Unlike the Jiangsu style of cooking, which prides itself on using complex and meticulous techniques, the Zhejiang style has simple recipes, with a few ingredients and simple cooking techniques like stir-frying and steaming.

A lot of the dishes include sea-food as the main dishes. The marinades used are quite simple and the sides are often simply salted fresh seasonal vegetables. Some of the most famous dishes of this style are the Longjing-tea-infused-shrimp and Dongpo pork.

The Anhui cuisine belongs to the inland Anhui region which has rich natural resources that are the primary focus in the dishes. Unlike other Chinese cuisines, the Anhui style doesn't include a lot of seafood. But the recipes include a wide variety of herbs, gamey meats, mushrooms, fresh bamboo, and seasonal vegetables.

Traditional techniques like roasting and braising are mostly used to cook food. Some of the best dishes that the Anhui style has to offer are Li Hongzhang Hotchpotch and the sausage bamboo shoots along with dry mushrooms.

Shandong cuisine is one of the earliest cuisines of the Chinese land dating back to about 221 BC. It is found in the northeastern parts of China including Beijing and cities along the yellow river. Due to its location, seafood is a big part of this cuisine.

Most dishes focus on seafood as the main ingredient and are cooked with techniques like deep frying. Unlike other cuisines, that include rice in the dishes, the Shandong style often has bread as a side.

Now you know what you can’t miss whenever you plan a trip to the great wall of China! 😉

Are you always looking for that perfect tasting coffee, we are and what I love about being a Crazy Cup ambassador is we get a new flavor every month. This month was better than the last. Last month we had the hot cocoa, and this month we got  Rum Vanilla Rhumba. The perfect combination of flavors…

Source:https://unsplash.com/photos/cz8fBPnt6VI   Throughout history, humans have developed how to produce and prepare food. But of all the types of food preparation, few could ever hope to match the efficiency and innovation of fermented food. In many ways, fermenting food is one of the oldest forms of food preservation. It is technically allowing a specific…

We really love cheese pop corn and carmel as well and when you put these two flavors together  it was like being in heaven , how good are they. Having the chance to try GH Cretors Chicago Mix pop corn was one of the best things I have tried. You have the sweet, salty, and…

‘Tis the season for baking all things yummy, and if your house is anything like mine, baking a good Christmas Cookie tops the list! Cookie day always happens around the same time each year, and you always have the standards…sugar, gingerbread, and in my family Pizzelle. But what if you want to add something new… 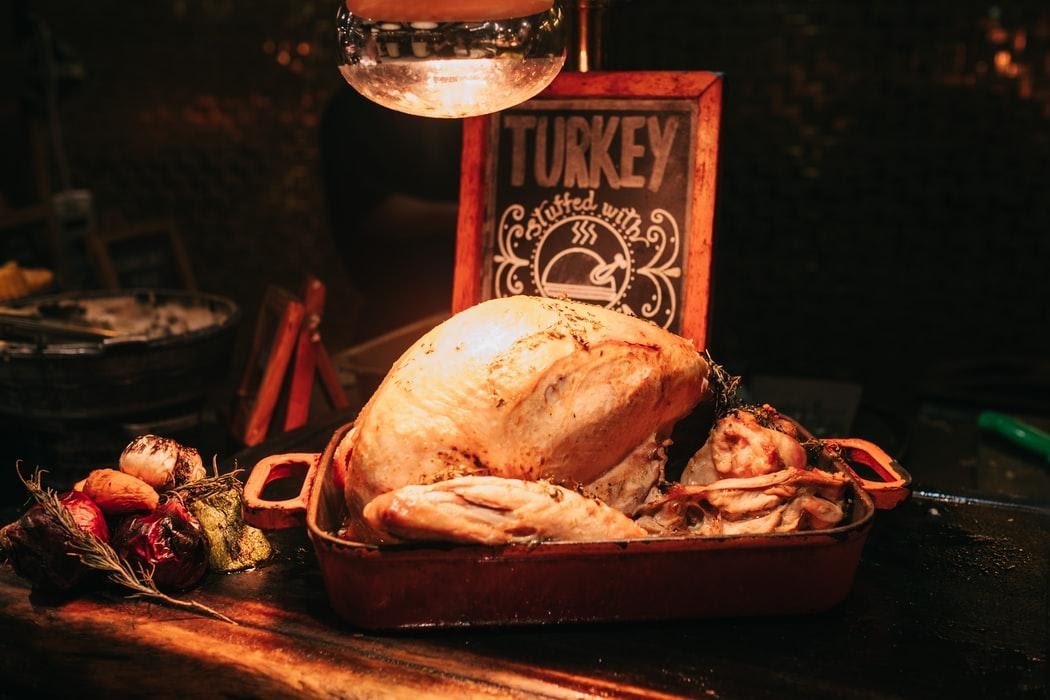 A lot of celebrations are done in a year for different reasons, and one of these is thanksgiving. People in the United States and Canada celebrate thanksgiving to celebrate the blessings they have received in the previous year. They celebrate it every fourth Thursday of November, and it is also marked as the start of…