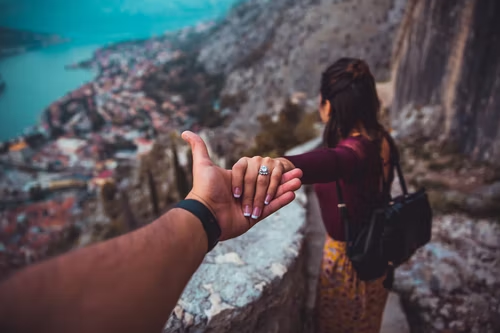 That’s why, lack of communication is a huge cause of breakups and divorce. It's because the lack of communication in a relationship can make it hard to resolve problems, and when couples don't know how to talk about their problems, they start avoiding each other. When they avoid each other, they start feeling lonely and isolated, which makes it harder for them to talk about their problems. This vicious cycle continues until one person finally breaks down and says something.

When people don't know how to communicate well with each other, they tend to act out in unhealthy ways. They might become angry all the time or try too hard to please their partner by agreeing with everything that person says or does. This type of behavior can lead to arguments between partners who just want someone else who understands them!

The best way to avoid this problem is by making sure you know how your partner feels before you say anything yourself! If you feel like there's something wrong but aren't sure what it is, ask them directly instead of assuming that everything is fine between the two of you when really it isn't!

It's no secret that financial stress can be a major cause of breakup and divorce. Couples who are experiencing financial problems are more likely to fight, and this increases the risk of one partner cheating on the other. In addition, financial stress can lead both partners to feel depressed and exhausted, which can also impact their relationship.

While it's true that many couples make it through these tough times and go on to have happy marriages (and even get through hard times together), many others do not.

The best way to avoid this kind of pressure is by being prepared for it before it happens. If you decide that saving money is important enough for you to make sacrifices in other areas of your life like going out with friends or eating out more often then make sure that both of you know this ahead of time so nobody feels pressured later on down the road when things get tough financially for one or both partners.

We all know that relationships take a lot of work, and sometimes you might be tempted to think that it's your partner who has the problem—or that things are just too difficult for you to handle. But in reality, it's not always anyone else's fault. Sometimes, unrealistic expectations about what your relationship should be like can cause more harm than good. This is because you're setting yourself up for disappointment and anger.

If you expect perfection in your relationship when it's not possible. If you're expecting your partner to make all of your decisions for you or agree with everything you say, then you're setting yourself up for disappointment because no one can live up to those kinds of standards.

Worst, is that you could end up resenting your partner if they don't meet those same unrealistic expectations that you have set for them. This can also lead to resentment and bitterness on both sides, which will inevitably lead to problems later down the road!

4. They make you feel insecure about appearance or status

When you are in a relationship, your partner can be the source of your happiness, but they can also be the source of your pain. When you are with someone who makes you feel insecure about how you look or how much money you have, it can destroy your relationship. If your partner constantly complains about how much weight you've gained, or how they don't like the way you dress, then it's likely that this will lead to a breakup or divorce.

It's important to remember that no matter what age you are or what stage of life you're at, everyone has moments where they feel insecure about themselves. It's normal for people to have body issues at certain times in their lives — whether it's being too skinny or too overweight. However, if those insecurities become an ongoing problem for either party in the relationship then there is going to be trouble ahead!

5. Lack of Trust or Respect for the Other Person

Having a lack of trust or respect for each other may start out as something small, but it can grow into something bigger over time—and this is why it's so important to work on these issues when they first start popping up in your relationship, rather than allowing them to fester until they become more serious problems.

In order to break this cycle and heal your relationship, it's important that you work together as a team with your partner on rebuilding trust and improving communication skills so that you can communicate effectively with each other in the future.

Addictions can cause serious problems in relationships. If you're struggling with an addiction, you may be more prone to acting out without thinking about the consequences of your actions. This can cause issues for your partner and make it difficult for them to trust you or feel safe in the relationship.

An addiction can also impact how much time a person spends with their partner and of course how they will treat their partner. That’s why more often people with addicted partners choose to break up with them rather than putting up with these kinds of wrongful acts.

It can be tempting to blame your partner for cheating on you, but it's important to remember that infidelity is never the victim's fault. Infidelity happens when someone has an emotional or physical connection with someone other than their partner, whether it's a one-night stand or a long-term affair.

It also refers to any type of extramarital relationship, whether sexual or emotional. An extramarital affair may be with a friend or another family member, such as a sibling or parent. It may also involve an illicit romantic relationship with a coworker or neighbor.

Sometimes people cheat because they feel disconnected from their partner but still want to feel wanted by someone else. Other times they cheat because they're unhappy in their marriage or relationship but don't want to leave it behind completely—they just want something new on the side. Whatever the reason, cheating is never healthy for a relationship or an individual involved in such an affair.

Although sometimes other people choose to give their partners a chance, these incidents are more often recurring. So, instead of dealing with people who seem don’t contented with them, they chose to break up. Which is the best decision by the way.

Physical violence is defined as any physical contact intended to cause injury or pain. It can include hitting, kicking, punching, or choking someone; throwing objects at them; strangling them; or threatening to hurt them.

Physical violence can be used as a form of control and intimidation in relationships, especially if one partner has more power than the other. Abusers may threaten to harm their partners or their children if they don't do what they ask. They may also threaten to hurt themselves if their partner leaves them or tries to leave them first.

This kind of abuse can be extremely damaging because it prevents victims from being able to leave abusive relationships without fearing for their safety or that of their children's safety if they do so. Even when victims are able to leave an abusive relationship safely, they may still feel afraid because their abuser might follow through on their threats if given the opportunity again.

Domestic violence can lead to serious injuries. These injuries may be life threatening, and they may not heal correctly, causing permanent damage. If you want to protect your health, this should be a major consideration in any relationship that you are considering getting into.

In the end, each of us has to walk our own path, and sometimes that may lead to a breakup or divorce. But hopefully, we can be reminded of all of these causes to help us avoid being in a bad relationship to begin with. Cheating is never a good thing, but it happens. And when it does, you’re probably wondering how you didn’t see it coming. We’ve compiled a list of 8 ways to tell if a girl is cheating on you. These are not fail-proof indicators, but they’re definitely good signs that something isn’t quite right with your… There are many ways to get back together with your girl, and that is dependent on the stage of your break up and how bad it was. One of the best ways to pull her back is making her think that she has made a mistake leaving you…. Life can be difficult, especially in the teenage years. Teens deal with many problems, including school pressures, social issues, peer pressure and family issues. These problems can affect the way teenagers think and make decisions. One of the most important areas teens need advice is in love and relationships.   Teens often have a… Relationships are a beautiful thing. They can bring so much happiness into our lives and provide us with support when we need it most. However, as we all know, relationships can also be quite complicated. There are definitely red flags to look out for if you want to avoid getting hurt in the…