Candy is one of America’s most loved treats. When you were a child, you almost certainly consumed more than you should have done. However, most people know little about how this amazing product came about and became so popular. You can take a look at the infographic if you want a more in-depth history, but the one listed on this page contains lots of information on the most interesting milestones.

Once we’d reached the 1990s, chocolate was much cheaper, and so candy companies expanded their range. 1900 saw the release of Hershey's Milk Chocolate bar. By 1908, the first Toblerones had made it onto our shelves.

Throughout the 1920s, there were many more advancements in the design of candy bars. The Milky Way, of which we have all become familiar, was first sold in 1923. In 1928, the Dum Dums lollipops you loved as a kid became a big hit.

Moving forwards in time slightly, the 1940s saw the release of M&M’s, Junior Mints, and Smarties. M&M’s came out in 1941. Junior Mints and Smarties were both sold by 1948.

We won’t go any further as some of the people reading will be more than aware of what happened in the candy industry after the 1940s. However, you can learn more from the infographic.

With numerous reports of break-ins, robberies and other crimes happening all over various neighborhoods across America, who won’t be worried of the security of their homes? Even if you can replace the items that might be taken from you, you’d never know the extent of harm that these intruders can do. So to keep you…

A cracking smile is something that everyone would love to have, but which a lot of people lack. However, it is not because they don’t have the tools at their disposal. Almost everyone has a full set of choppers that they can flash. The problem is people just don’t maintain them to a high enough…

We’ve been talking a lot about superfoods this week, and how much – or how little – we all consume. We thought it would be a good idea to share some of our favorites, and, of course, explain why each food is so great. Here is the results of our little straw poll – how…

Image Source Moving into a new home is stressful. The stress doesn’t stop on moving day either. Once you’re in, the real fun begins. That’s when you can start thinking about ways of making your house your own. The current decoration might be wrong, and the order of the rooms might not be to… 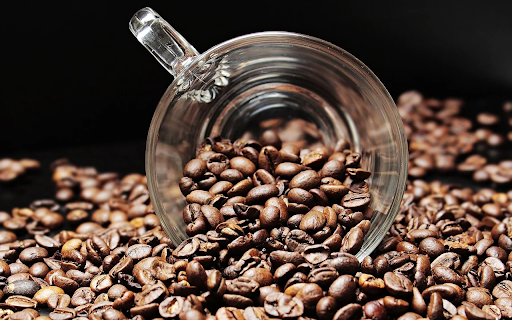 People like their Coffee differently. You will realize that some individuals enjoy their Coffee when bitter, others like it moderate. Well, it is a different stroke for various individuals. f you are looking to start taking Coffee, learn more from Brewed Coffee Guide  In this piece, we will switch our attention to the various…

Having an outside party is really all the rage now but who wants to rent those boring plastic tables and chairs for a special occasion? I know more and more people are having their weddings outdoors and you want something elegant and comfortable. No cafeteria type tables, something vintage.  That is where wedding furniture rentals …