December 5th is His Royal Highness, the King of Thailand's birthday. His majesty will celebrate his 80th birthday in Royal Fashion. The people of Thailand have been asked to wear yellow shirts from December 1st through December 5th in honor of the King.
For the past year, Thais have worn yellow shirts every Monday to show respect to King Bhumibol Adulyadej. This started shortly after the 60th anniversary celebration of the King's ascension to the throne last year.

There already have been some events to honor the King – but more are scheduled.

And it isn't a Royal Birthday without a Royal Parade –

On December 5, a procession with holy water will start from Wat Phra Chetuphon Vimol-mangklararm Rajwaramahavi-harn to the Chakri Maha Prasat Throne Hall, where His Majesty will grant a public audience at 10.30am. From 6pm to 6.30pm, His Majesty will travel from the Amarin Winitchai Throne Hall to the Chitralada Royal Villa where well-wishers will light candles to honor him. The event will be televised.

Elections for new Prime Minister will be held on December 23rd. There may be some skirmishes in the streets of Bangkok – so be advised to avoid government buildings as much as possible. The government has also declared December 24th as an official holiday. The reason for this is the Thais have to return to their home town to vote and this is to encourage more voters giving them time to get home and back.

Christmas and New Years will also be celebrated in most of the tourist venues. Decorations, presents and fireworks to ring in the New Year. A word of caution – last year a handful of small bombs were set off on New Years eve (as I was packing to return home) – so be aware of your surroundings.

Lastly – rumor has it that Santa Claus will be at the Emporium on Sukhumvit and Soi 26. Alas, the reindeers couldn’t make it – visas expired. 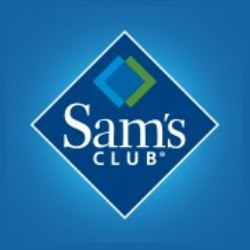 I’m sure you have all noticed as I have that when you buy in bulk, you actually pay less.  For example, if you buy a 20-ounce bottle of soda you are paying almost $2 for it, but if you buy a 2-liter bottle you can pay as little as $1.  It is nuts.  Now maybe…

Today you will need more than a miracle to become identifiable by Instagram users online. Fortunately, GetInsta has been one of the first online apps to give you reliable followers for free and even engage into advisory boards to serve you even better.   Let’s now check which are the most useful tips to follow…

If you are planning to travel anytime soon, you’re probably planning a list of things you need to take with you. It doesn’t matter whether you’re traveling by road, air, or rail. Certain things will make your experience so much better. It doesn’t have to be a miracle product; sometimes simple things such as smart…

Nothing will freak me out quite like when I see a bug.  I cannot stand them.  It is bad enough to see one (at which point I need someone to come and remove it for me), and heaven forbid it is more than one I want the problem solved and the sooner, the better.  Once…

You either love ’em or… actually, most of us just love ’em!   They come into our lives, bundles of fur or prickles or even scales, and change everything. It doesn’t take long for us to wonder how we ever lived without them, they enrich our lives to such a degree.   When you own…

When you realize the warning of a kitchen, you are able to fix this soon before facing major problems. A kitchen is a place where all sorts of vegetables, spices, lentils and a lot more is used and while washing these, there are chances of a little bit falling into the drain, partially blocking…