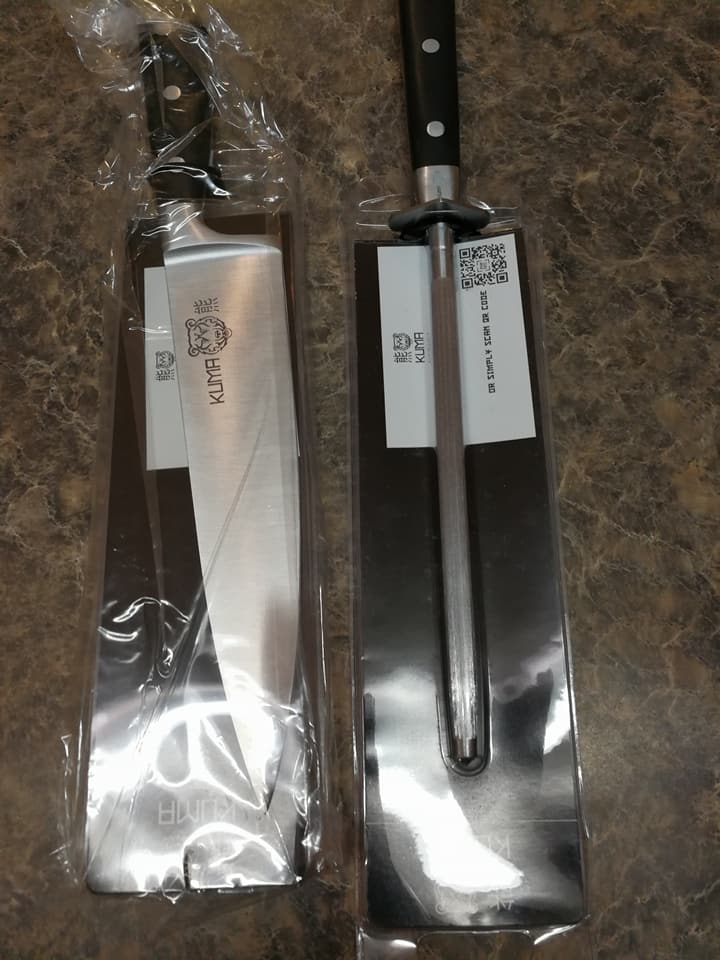 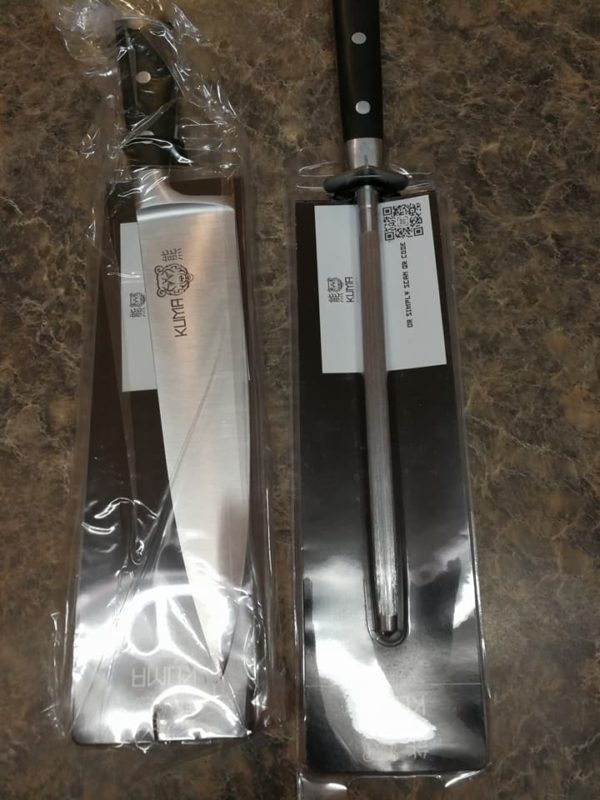 I do a lot of cutting, chopping, slicing, with knives.  I guess everybody does really.  Why would I pay extra to have things done for me when I can do it myself for much cheaper.  They charge almost double for the cutting! Just look at chicken – if it's thin cut it is almost double of what you pay for breasts, and I can cut them myself as thin as I want (or make them thick as I want, my choice!).

To be honest, for a while there I was actually paying more for thin cut meat or cut produce or fruit.   Why? Well, it is because it was a pain to do it myself.  Couldn't get it thin enough, would fight to cut, or would end up cutting myself.  I just figured I was not good with a knife and chalked it up to operator error.  One night I was up and channel surfing and I came across an infomercial.  Normally I just go right past but 3 am there was nothing much else on and they happened to be cutting stuff.  Obviously they were selling a knife or knife set, cannot remember exactly what now and really that was not even the point, the point was of how the knife was cutting so nice.  Now I think to myself, it is the brand of knife I have that is the problem.  But that wasn't it either.  Maybe just because it was late and everything looks interesting at that time  I continued to watch and the person went on to say that dull knives are horrible.  They do not cut as well, and they can actually make you more apt to cut yourself.  Well this caught my attention.  I am glad I paid attention before I went and bought an expensive knife that I probably would have had the same issue with eventually. 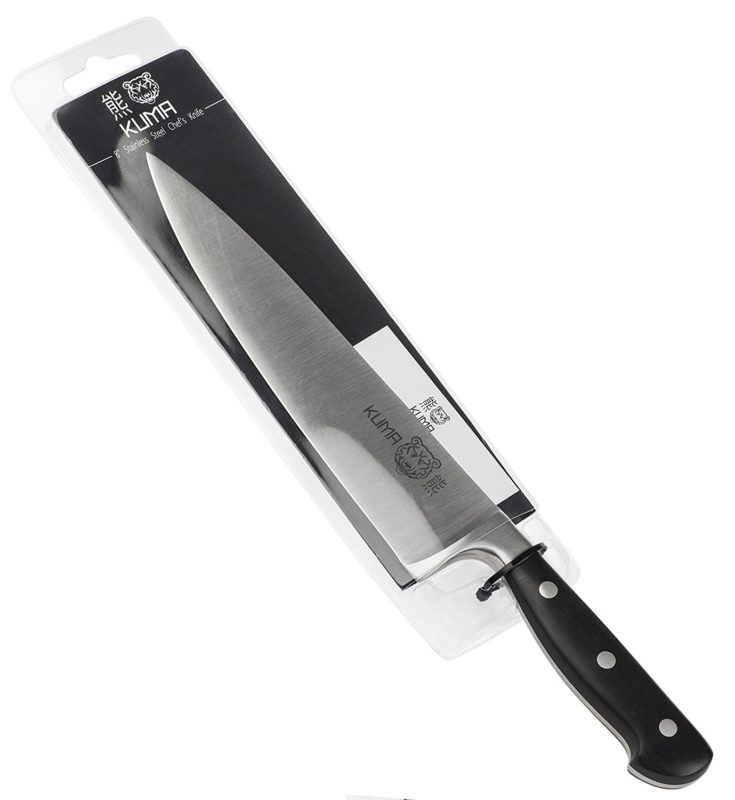 I decided to try the Kuma Chef knife because it said that you could pretty much do anything with this knife – chopping, slicing, carving – and I like multipurpose things.  I do not want to have to search for a different knife if I am slicing my roast beef or chopping onions. 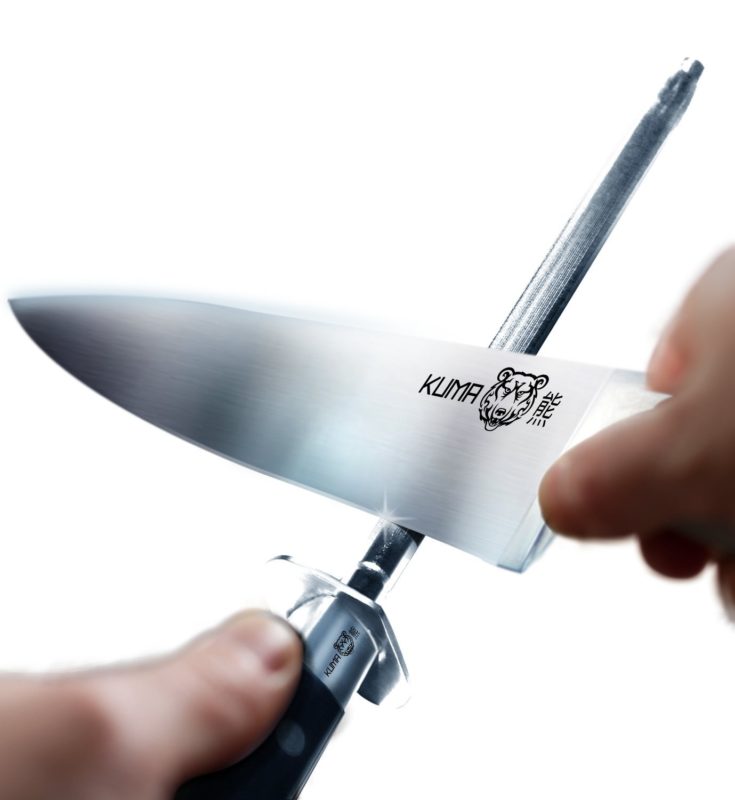 Then I found something I have never heard of before – a honing rod.  This is a knife sharpener, which I have heard of before but just never thought I would need one.  I decided that if I was going to get a nice multipurpose knife I may as well have a sharpener so I would not run into the same problem after I used the knife a couple of times. It fits right in my utensil drawer and it is so easy to use.  A few strikes with the chef knife and I'm ready.

I would have never believed that a sharp knife is a “safe knife,” but the difference in using an old knife that is dull and a sharpened one is just unbelievable.  I would have never believed it if it was not for the sleepless night I had and that infomercial showing me the difference between the knife cutting through a tomato that was dull and a sharp one.

When I am asked if I want to give a review for my honest opinion on some baked goods I always say yes. My 16 year old neice loves to bake surprises for the family. She takes after her grandma and great grandmas all of them loved baking. We tell her stories of my…

Summer is coming and we love to throw, so great pool parties for the kids. What’s cooler than being cool? You will never know unless you start a party with our with the BrainFreeze UE Boom 2! Wow! This speaker is great. It is the best one I have found so far. We love to entertain but…

I don’t know about you, but I have “winter skin”. That dry, just cant seem to to find the right lotion, skin. Well … I’ve found the right lotion! And you can have it too! Bel Essence has formulated an all-natural, cruelty-free restorative body lotion that is completely changing the way my skin feels and looks…. 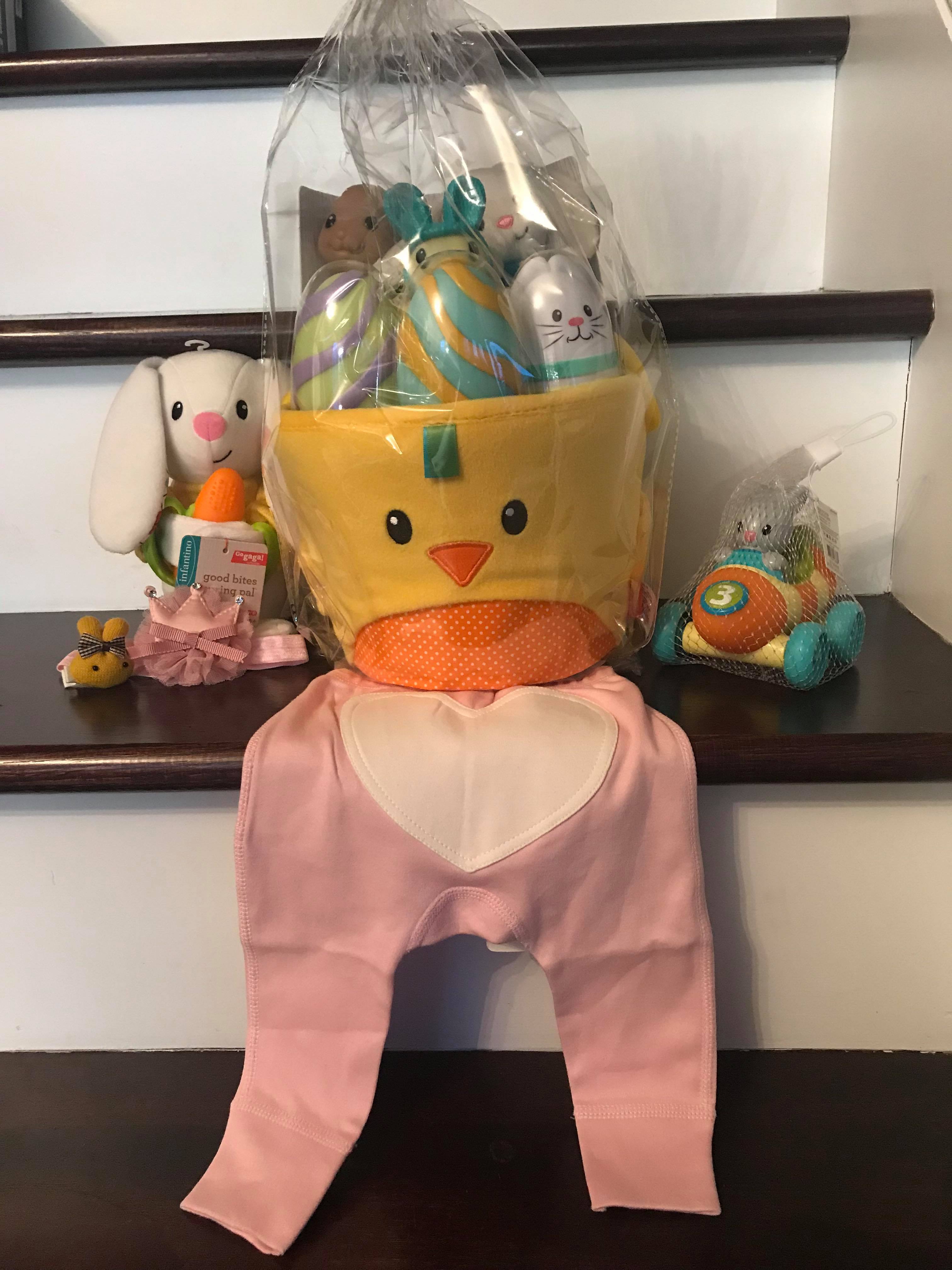 What did you give to your kids this year for Easter? Did you make them an Easter Basket? I was able to coordinate the cutest gifts for my niece this year and had them all neatly displayed out for her on Easter morning! Being that she is only 6 months I wanted to give her…

Kimberley’s bakeshoppe  gourmet cupcakes. I had a hard time finding them. I had found them in walmart. I had never seen them before but, I had found out that they are a new product in Walmart stores. I had chosen the chocolate cupcakes. The Luscious decadent chocolate surrounds your taste buds in Kimberley’s Bakeshoppe…

The holidays are upon us and pretty soon we will be decorating, and getting into the holiday seasons. The season of gift giving and stocking stuffers. Holiday Specs is the greatest little party or stocking stuffer, a one of a kind holiday favorite and great for everyone. With over 10,000,000 sold around the globe, our…