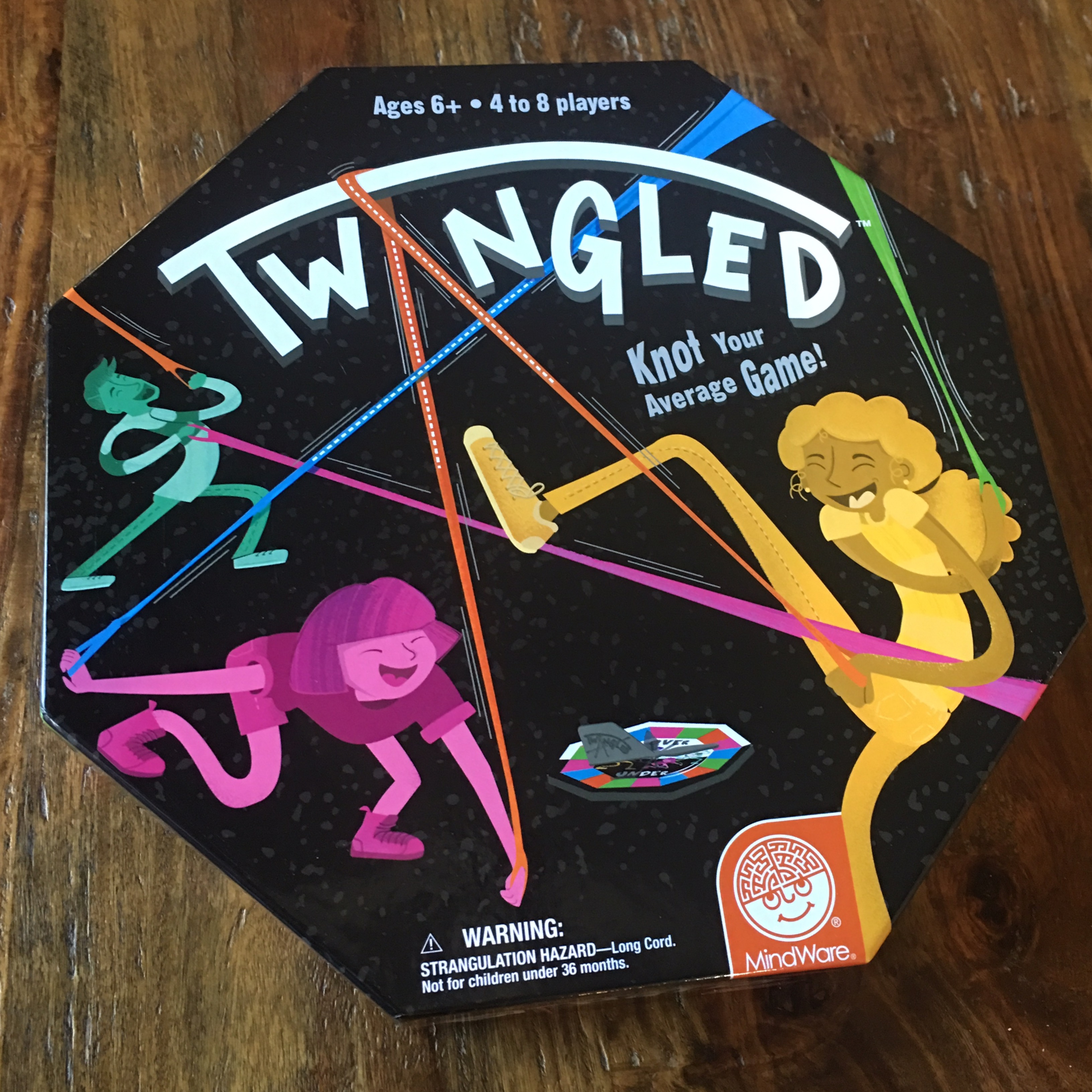 The kids have been stuck inside all winter and they are getting antsy. At least I know mine are! Twangled is a new way to get those kids up and moving. AND they have to communicate together. Twangled is a great game to use for team building. You'll need 4-8 people to play. And if your group is bigger I'd suggest buying a second or third game. Then they can compete in teams against each other!

Before you start, you'll need a nice wide open space. So if you are playing inside, move all that furniture and push it up against the walls. Next, stand in circle. Each person should take a band. Basically, you'll be standing in a circle, holding bands. Just be sure you have two different colors. The spinner will be placed in the center of the circle, so everyone can easily spin it with their feet. Now you are all set up! It's time to get Twangled! It doesn't matter who goes first or what order you go in. Just make sure everyone gets a turn spinning the wheel. Half the wheel says under and half says over. What that means is, when you spin the wheel and it lands at under you need to find that color and go under the band without letting go of the two bands you are holding. Once everyone has had a turn, repeat the same order and let everyone have a second turn. Once, everyone has gone twice, you are Twangled!

The game is only half over. Next, you have to get un-Twangled without letting go of the bands. And the person that went last cannot be the first person to go. So, this is where the communication comes in. As a team, you need to figure out how to get everyone back into their original places. This is why I think it would be fun to have 2 or 3 of these kits and turn it into a contest.

Once everyone is back in the same place they began, facing the center of the circle you're done! Sounds pretty simple, right? Well, it's much harder than you think. If you start to master the game or if you are up for a challenge there are 3 little twists you can put on it. They are listed in the direction manual that comes with Twangled.

You can purchase your own Twangled at MindWare. Maybe pick up a few for the next block party? Or birthday party?

Recaro recently had given me the chance to review their travel system. The travel system includes the car seat, car seat base and stroller. I have had a couple different brands of car seats and travel systems. You can definitely see what differences there is in quality. First the car seat. I had… 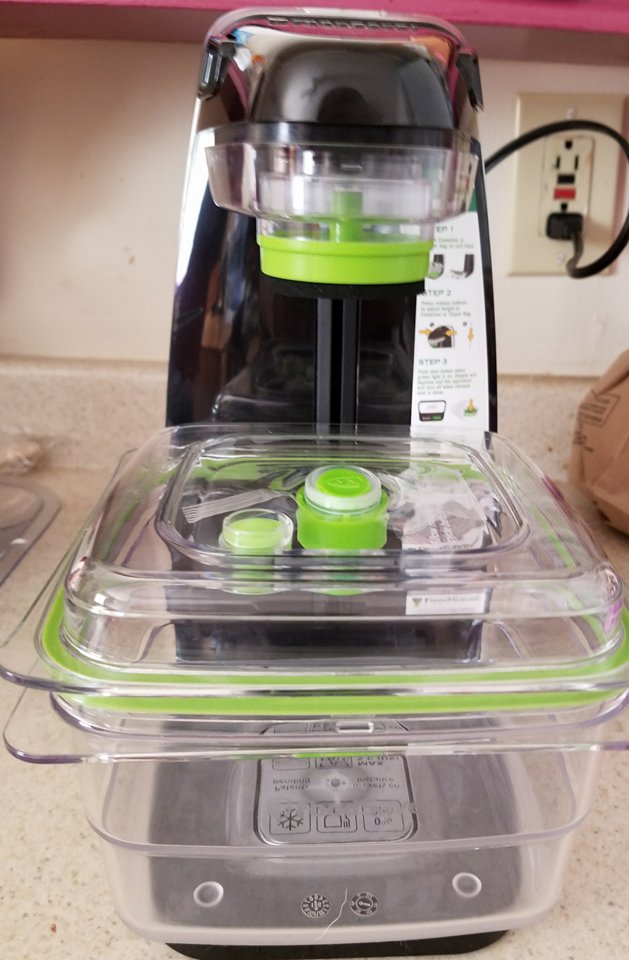 Are you tired of wasting food, I know we are so many vegetables and so many fruits. That is wasting food as well. as money. Keep fridge and pantry food fresh up to 2X longer, enjoy fresh taste and reduce food waste when you preserve with the FoodSaver,   Ready green indicator light signals that…

Imagine my surprise when I was asked to review a cell phone, I was in shock who would not want too. And the best part is I get to keep it . Thais something I didn’t expect. The phone I received was the Verykool 505 spark, Sleek, sexy, and sophisticated! The verykool s505 Spark features… 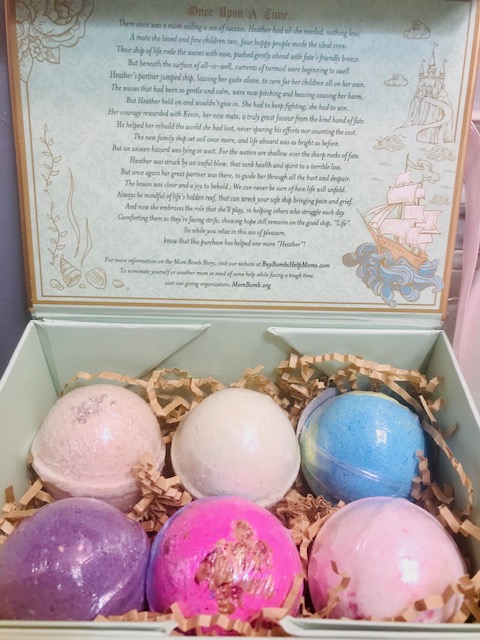 Do you know of any mom’s or any other women in your life that needs to relax and unwind? Mom Bombs are luxurious handmade bath bombs that make your skin extra soft and smells divine. Their bath bombs make the perfect gift, especially with Valentine’s Day coming up! Mom Bombs sell their products in gift sets….

This movie is literally so amazing. Finally followers of Christ DOING what Jesus did! He was sent to heal and save God’s people and that’s exactly what he called us to do. Such an encouragement and call to God’s people to stop making excuses and get out there and show His love to people by… 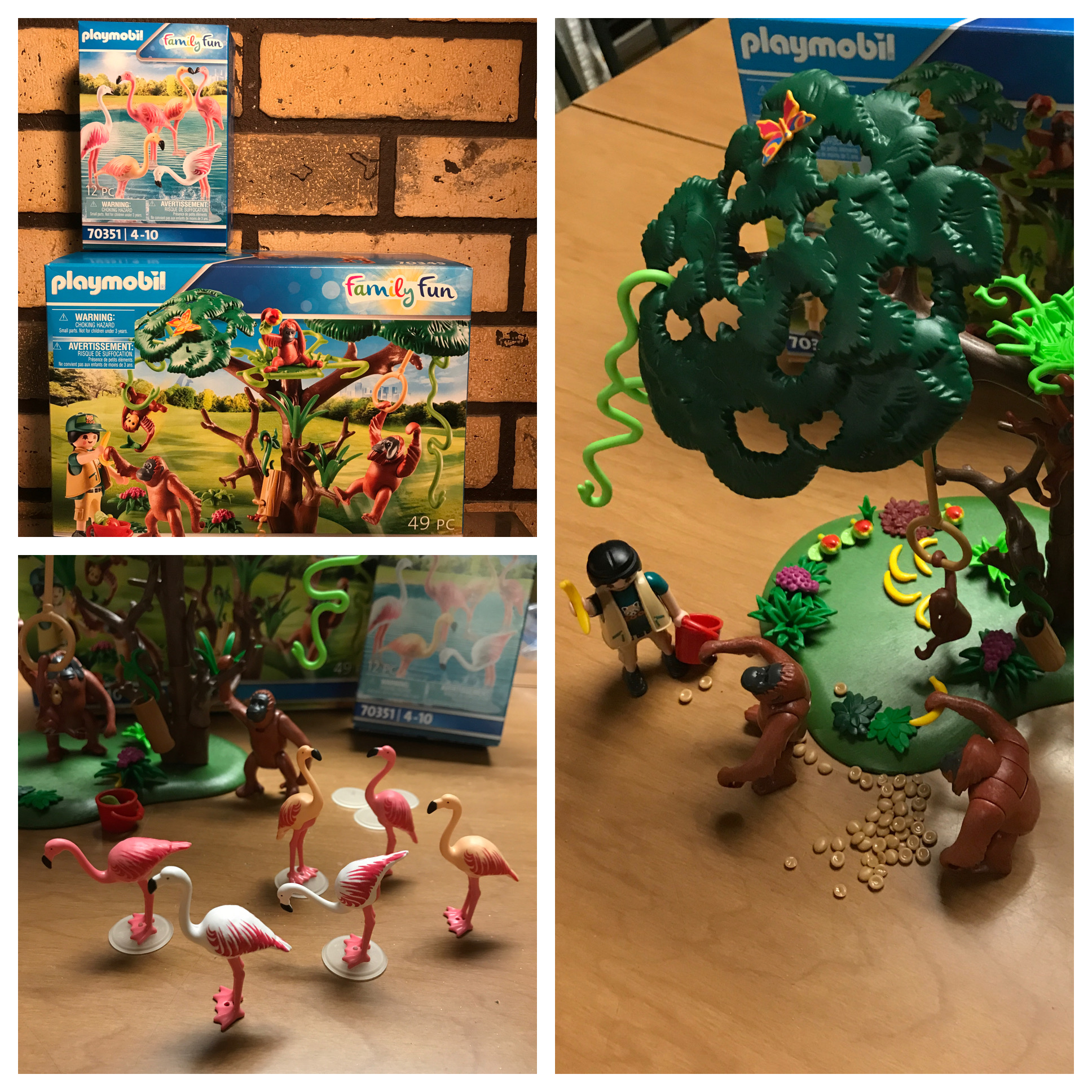 Well Parents, Playmobil Has Done It Again! These Fun Animal Sets Will Give Kids Hours Of Enjoyment Playmobil has sent me quite a few different toys through the years but I have to be honest…they’ve all been amazing!  My granddaughters test these toys out and I’ve never had them say any of them were boring. …