This is a quest post from my cousin Danny's wife Susan , expressing her life after Dan had passed away, she will be sharing her feelings and everything on my blog as well as my sisters. I know my readers are the best so please make her feel welcome.   Just remember  Sue we love you very much and we are here for you. Dan was from New Jersey and I am from Wisconsin, but we met in North Carolina where I was living and he was visiting his brother. I had moved to the south thinking that I would find that southern man to marry. It’s funny how fate works, isn’t it? On our first date, the day after meeting him, I had THE best time I had ever had on a date. We laughed, we poured out our hearts, we laughed more, and just had an awesome time. At one point, I had told Dan that I wore my heart on my sleeve and I allowed people to stomp all over it, then I would patch it back together and put it on my sleeve. He reached over, grabbed my arm, put his fist to his chest and said, “No one will ever break your heart again. I will protect it.” On that first date, I learned about Dan’s sense of humor. I had never been out with a guy who would hold conversations with mannequins in a store!

Unlike many couples, Dan and I fell in love through phone conversations. He was still in New Jersey and I was still in North Carolina. At first we talked about once a week, then that changed to three times, then to every day, then to every morning and every night. Because we were paying long distance phone charges, silence was not an option. Talking was easy for us. When Dan firsts told me that he loved me, I was soooo scared. I felt the same, but instead I said, “Right back atcha,” something I said a lot during our marriage. When I finally said those three words, it was really only two, because I said it in Spanish!!!

Our marriage was full of good times and bad times. Even though it could have been easy to throw in the towel at certain times, we refused to give up on each other. I could always depend on Dan, and I hope that he felt the same about me. Because we were unable to have children, we were everything to each other. I have said many times, Dan was not a saint, but he was a really good guy. He loved unconditionally and would give all he could of himself to others.

But, let me tell you about me, the one after the death of my husband, my life partner…..

Dan had been hospitalized with acute pancreatitis. If you don’t know, the only cure to this is the elimination of food and water. This was so hard for him. We finally decided, after a couple of nights, that neither of us was resting with me staying at the hospital, too. We both were concerned with the other’s comfort. So on a Sunday night, we had said good-bye, kissed each other, I was walking out the hospital door. I hesitated, and he said to me, “Go home, babes, and get some rest! I’m going home tomorrow!” He was to be released the next day….I was excited about him coming home. Both the dog and I missed his presence at home. Little did I know that was the last time I would hear his voice, get a kiss, hear that “I love you, babes.” In the early morning hours, the phone rang. A voice at the other end told me to return to the hospital as there had been a change in status. I think in my heart of hearts I knew. I asked her two questions to which the voice answered yes. #1 “should I bring someone with me?” #2 “Do I need to call his brother?” (Brother lives an hour away) Well, for some of you, you know what happened next. I collapsed on the floor and screamed as I was trying to desperately get dressed, calling a neighbor, and my brother-in-law.

When my neighbor and I got to the hospital, we were greeted by the doctor and nurses who had been treating Dan. As soon as I saw the doctor, I then really knew. He was never at the hospital before 7:00 a.m.! I sat down in a chair that magically appeared from somewhere. The next moments were a blur. I knew that I had to make phone calls before I could go in to see Dan. Those phone calls….oh those phone calls….I called his brother and he and his wife were on their way. The next, I called his other brother as mother-in-law was at his house. In the rest of my days, I will never forget the sound of his mom in the background. Then the call to my parents….my brother had died in 2009, so they knew the shock and pain of losing a child. Finally, I went in to Dan. He looked so peaceful, just like he was resting. Later the nurse told me that she had gone in to do vitals at 3:00, went back in at 4:00 and he was gone. Because his heart was not an issue and because the IV’s had been removed on Sunday as he was able to have water and solid foods, there was no indication of any problem. I will spare the rest of that visit, because those who have lost a spouse/partner, you know…you just know.

Thank goodness my parents were able to stay with me for about six weeks after the funeral. I don’t know what I would have done without their presence, their care. Who knew that a 53 year old woman desperately needed her 82 year old parents! After then left, the dog and I were totally alone. There was little sleep, there was little rest….I felt so lost and just wanted to escape. In December of 2012, I finally found an online support group that I will say saved my life. I became a part of the chat room, talked with people who just got it. From there, I found another part of that organization and went to a conference (really called camp) in April of 2013. WOW – what a wonderful experience!! I met, in person, people who just really got it. We laughed, cried, danced, just had a great time. (I went back to camp in March of this year and will be back in February of 2015)

From my interactions with this group, I have found ways to deal with my feelings, knowing that NOTHING that I feel is wrong. There is no right or wrong way to grieve. There is no time limit on grief. So, if you are beating yourself up because you are having a hard time right now, stop! To quote a friend of mine “Hold your sorrow gently.” –Tanya Villanueva Tepper This means that you have the right to your sorrow and don’t be so hard on yourself!! (Tanya lost her fiance, Sergio, in the attacks of 9/11 as he and his fellow firefighters answered the call to the twin towers in NYC)

So, what can I really tell you? I didn’t believe the following things that others told me, but after just passing the 21 month mark, I can tell you that they will happen. You will smile again. You will laugh again. You will find yourself actually enjoying yourself and not feel guilty about it. Just remember, there is hope….cling to that. I have, and that is what has helped me. I still have bad days, bad moments, but the days without tears seem to be overtaking my life. Bless all of you!! 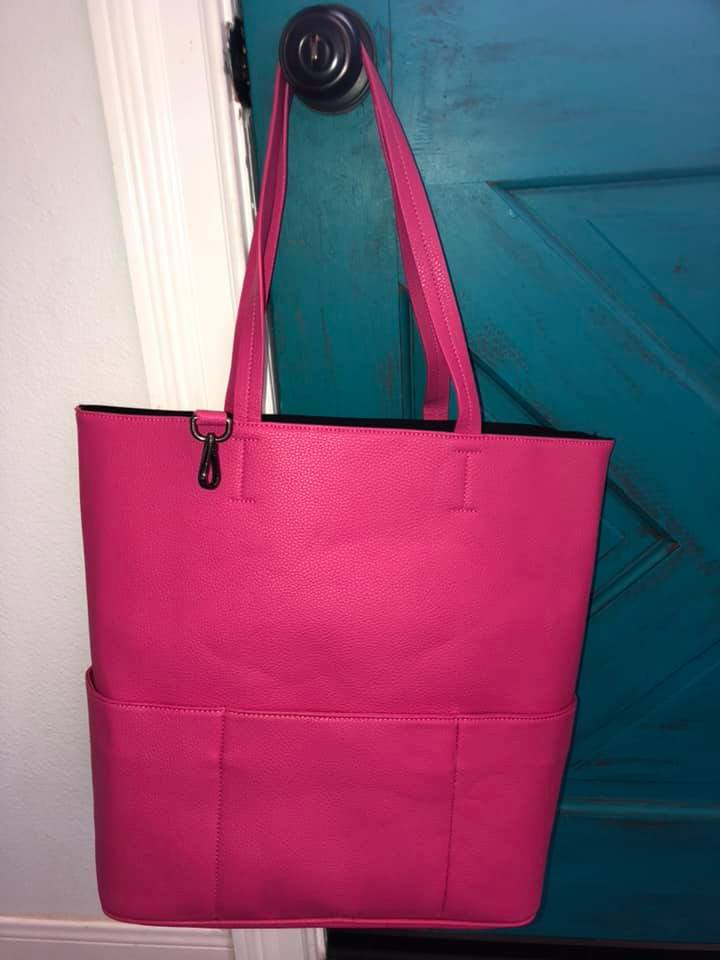 The Tote I have a lot of stuff and I need to bring it with me or else I sometimes get in a predicament, because I did not prepare ahead of time. Things I often feel are necessary to bring, are my wallet, makeup, cleansing wipes, a water bottle, and extra depending on what I… 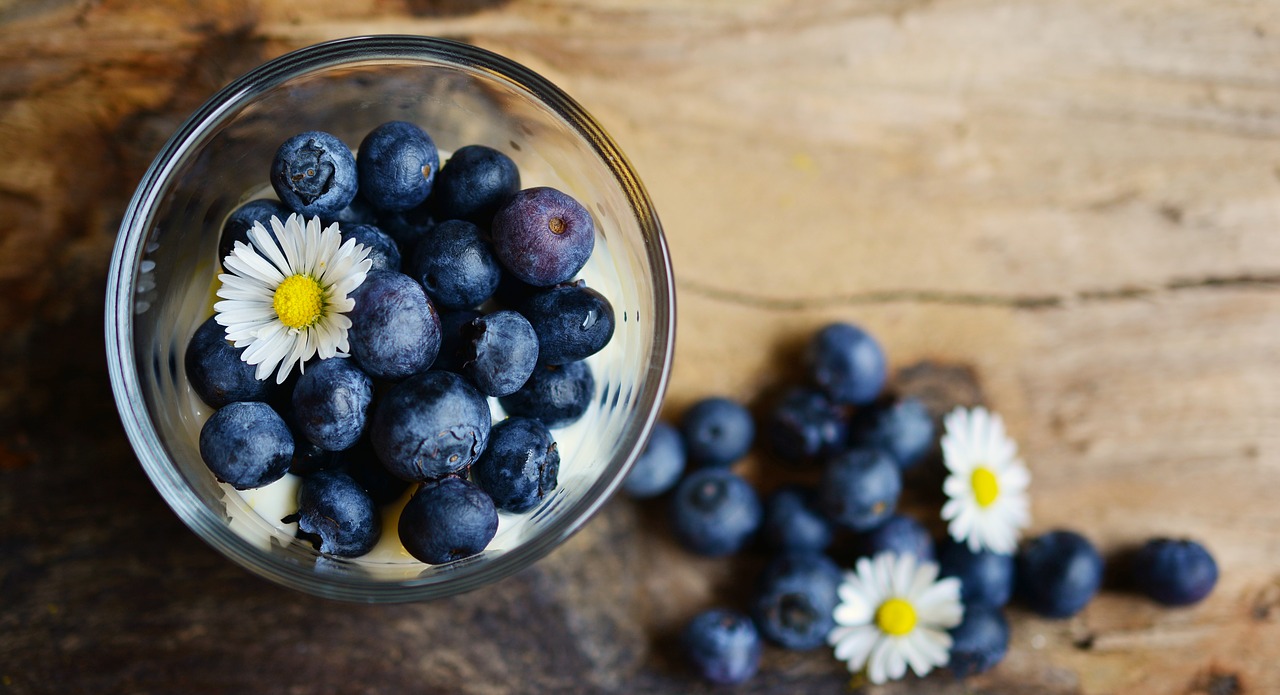 Some people live to eat, while others eat to live. But did you know that food is more than just a source that keeps alive? Food is essential in providing us with all the nutrients our bodies need. If you consume the right kinds of food, it can give your body the power…

Easter is just around the corner, and if you want a break from the norm, it may be time to give something egg-stra special this year. When it comes to Easter, it’s always nice to give something a little different. Chocolate eggs are a great gift, but they can be somewhat tedious. What’s more, more… 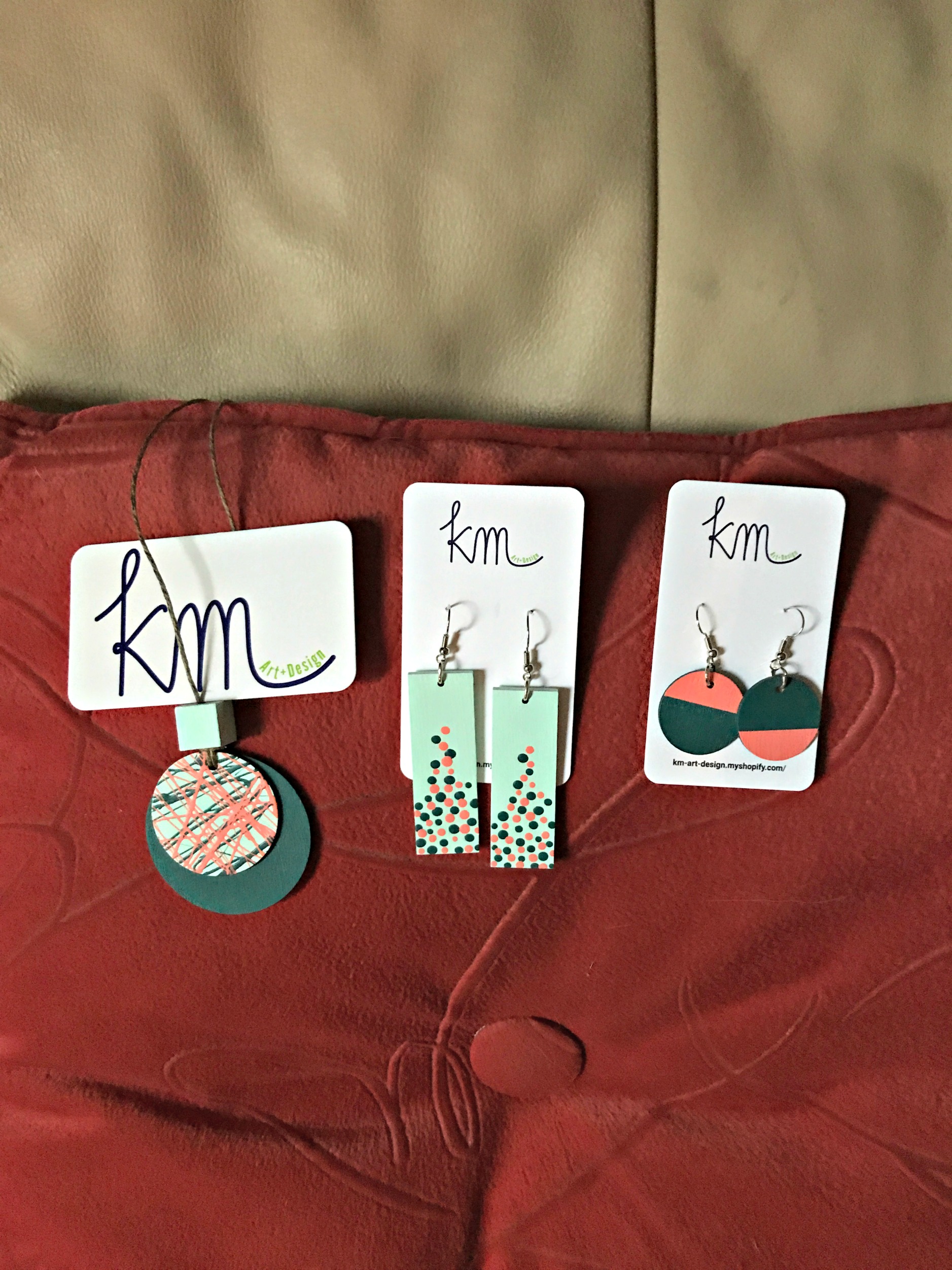 Unique Handmade Jewelry Made By People Just Like You And Me Jewelry has always been a gift to show how much you love one another.  Unfortunately, not only can it be expensive, but there’s also an abundance of it!  So where do you purchase it?  Well, I guess it depends on why you want it… 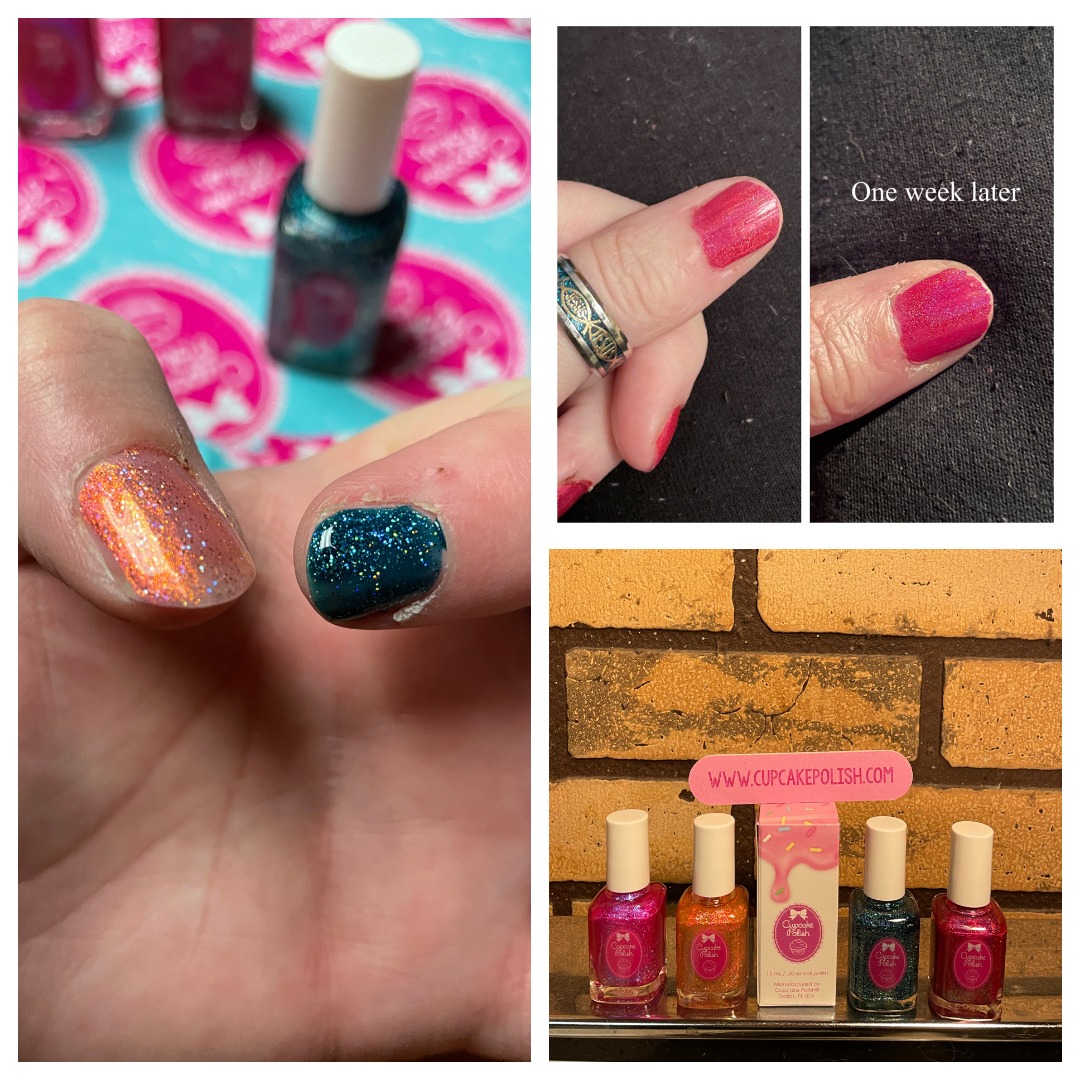 Would You Like To Try Some Special Effects/Holographic Nail Polish That Lasts? Have you ever heard of special effects/holographic nail polish?  I hadn’t until I researched Cupcake Polish and I have to say that it’s unbelievably gorgeous!  If you like glittery colors that actually shine then please keep reading because I’m going to tell you… 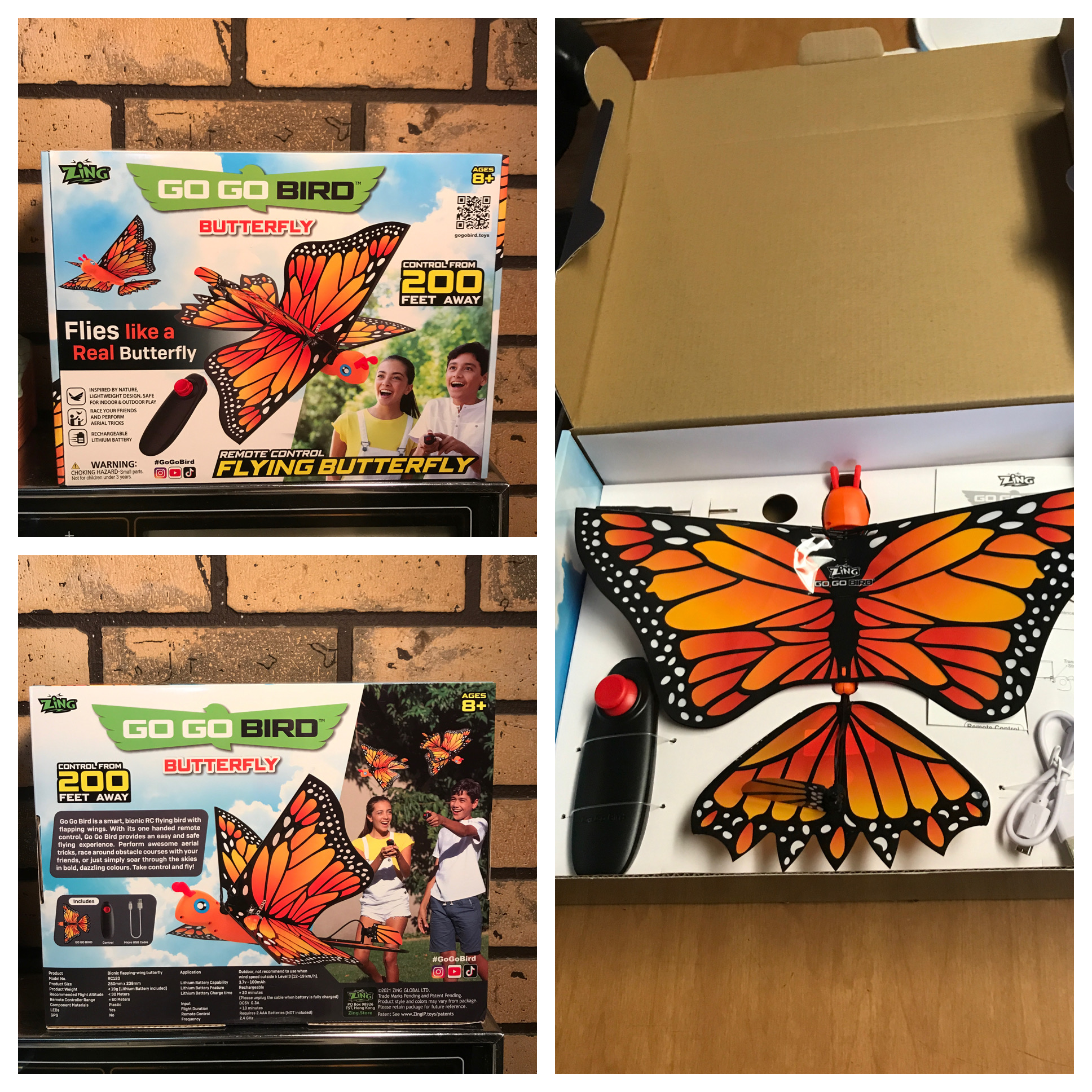 Have You Ever Seen A Remote-Control Butterfly? Every Child Would Smile With This Amazing Toy Under The Tree Recently, I was able to give my granddaughters a toy from Zing that they absolutely loved.  As a company, Zing has many inventive toys but I didn’t realize how much so until they sent me their Go…