Who remembers being in your teens living in New Jersey and thinking u were so big and brave and going to all the places that u grew up on as the places of legends. One that sticks in my mind is Gates Of Hell. We use to swear we were all bad ass and we can walk through there and not be scared and we all knew that didnt happen, we wouldnt get in there but about 6 inches and be scared and run out, those days are the ones u cherish the most, so I went on Weird NJ and got some info about this place of hell.

There is probably no better way to prove one’s courage than by walking straight into the gaping maw of Hell, the gates of which can be found in the town of Clifton, Passaic County. This legendary passageway leads to a network of underground tunnels and storm sewers, and some say to the lair of the evil one himself.

You might think that the term “Gates of Hell” would be a common nickname for any dark and foreboding entrance to the underground, yet in all of our years of research we have found no other subterranean passage in the state with the same moniker as this Clifton site. It is a very old tunnel with an arched stone ceiling about eight feet high. The light quickly evaporates behind you as you enter and you are soon enveloped in total darkness. Inside can be an extremely dangerous place even without the presence of Satan. The tunnel system was built as a drainage run-off for a stream called Weasel Brook, and in times of heavy rain the usual trickle of water through the tunnel can become a raging torrent almost instantly

Generations of local teenagers have told stories of what lay deep inside these darkened corridors, and have dared each other to venture forth. Are their tales an accurate depiction of what lies beyond the murky threshold of the Gates of Hell, or are they more a window into the dark fears which can be found inside us all? Only those who are brave enough, or fool hearty enough to enter those gates can say for sure.

Enter the Gates of Hell

Growing up in Clifton, it wasn’t hard to learn of the stories of wrong doings and evil happenings at a spot known as the Gates Of Hell. My first recollections of this place were from the kids at the local BMX bike jumps. They would tell stories of people entering these tunnels and never returning. Satanic sacrifices, decaying carcasses, upside down crosses, satanic graffiti, anything dealing with the darkness in human nature was down there. Most chilling to me was a secret room many layers under the ground. This room was only to be entered if you possessed powers that enabled you to lift axes that weighed thousands of pounds and blocked the door. Inside this room was a dungeon that housed a human skull, or so it was said. There were seven layers of tunnels under the ground, and the lower you got the closer you came to meeting the devil.

I always wanted to find this spot to satisfy my own craving of knowledge and wonderment of the unknown, but at that age Clifton seemed as big as the universe and finding them was a bit further than mom would let me ride my bike.

When I was sixteen, I was introduced to the Gates for the first time. My friend asked me if I had ever been to the Gates of Hell. After a few dead ends we finally found a route to the tunnels. It was dark from all of the tree cover, and my stomach began to drop as we climbed down to the level that the tunnel entrances were located on. I could feel the fear running from my feet straight to my shoulders. All that I had heard and envisioned for the last half of my life was hitting me at once.

Looking at the entrance was more terrifying than anything else. Unlike the other tunnels which were round and had streams of water flowing from them, this entrance was square, and had no water flow. At this point I was ready to leave and go home. I had seen the entrance, and I now believed everything I heard just by looking at it. It was pure Evil. But I realized that the only way to conquer the Gates was to enter the tunnels.

Deep inside the dark tunnel we started to hear a strange knocking sound. This was a shock to the system since it had been totally quiet except for the flow of the water. That’s when we ran and got the hell out of there. I wasn’t sure what we had heard. My friend swears it was someone whispering some chant deeper in the tunnels. Years later I made several trips back to the Gates of Hell, however after telling my story I could never convince anyone to venture into the tunnels as far as my friend and I did that one summer day. –Ralph Sinisi
Red Eyed Mike Guards the Gates to Hell

I have explored every inch of Clifton and nowhere is as eerie as the Gates of Hell! It’s said that a spirit, known as Red Eyed Mike, guards the tunnel. If you knock on the railroad ties above the entrance in groups of three, you will hear a loud horn sound from within the tunnel. I have heard this horn on occasion, and have seen rocks hurling themselves out of the tunnel with no person visible inside. I also once witnessed a small human shaped figure run out of the tunnel towards Weasel Brook Park with superhuman speed. I have been told that this is Red Eyed Mike. –Jeff H.
The Portal to Hell is Down in the Groove

My friends and I have heard some rumors about the Gates of Hell that may be of interest to you. Besides the glowing skull rumor, there’s supposed to be an area within the Gates that has some very disturbing decor. There are dead trees planted exactly three feet apart from one another with dead cats and birds tied around their trunks.

Another story I’ve heard is that at the very end of the Gates is the actual portal to Hell. There is a groove about 20 feet deep, and about 40 feet across. At the very center of the groove is a smoothed out granite manhole which is supposed to be one of the portals leading to Hell. –Richard M.

So what one of u would dare to enter the Gates Of Hell?

All pictures and Info are off the website Weirdnj.com

When the chance to review the sandwich sack and snack sack from Snack Taxi `came up, I jumped on it.  My daughter takes her lunch to school every day and I had been looking for a more economical, environment-friendly option to the little plastic baggies we put her sandwiches and veggies in.  These were just…

In anticipation of next week’s release of Tinker Bell and the Legend of the NeverBeast on Blu-ray, Digital HD and Disney Movies Anywhere March 3rd we have these awesome clips for you!

Recently I was given the chance to do a review for Dotmine Day Planner and I was so excited to this. Im one of those girls who needs to have some kind of planner in my life to keep my everyday life organized, im one who writes things everywhere and end uplosing them . This… 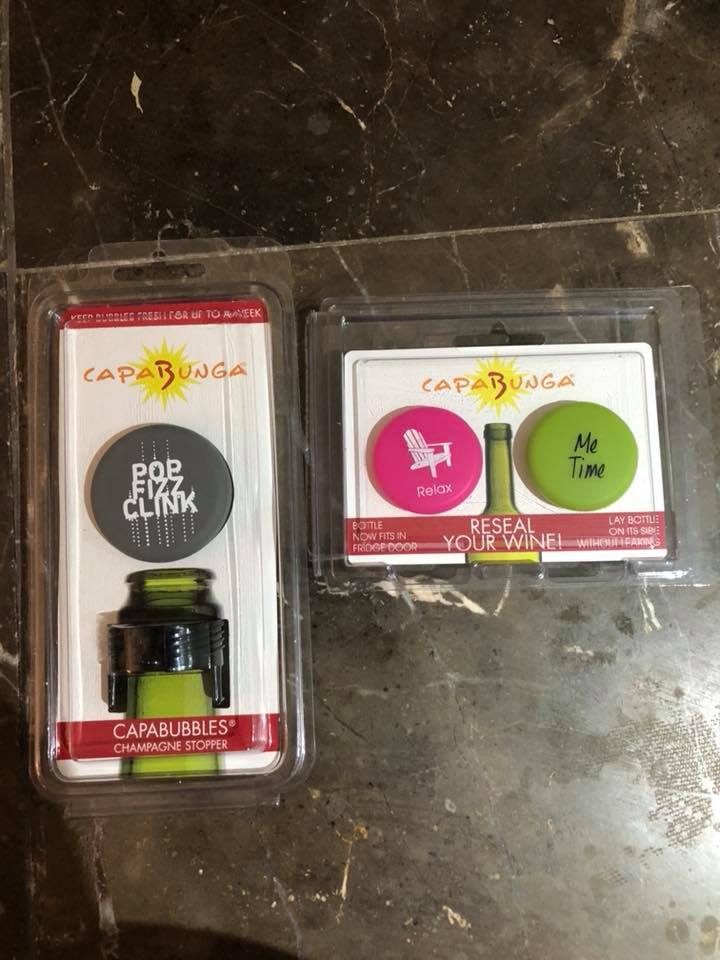 Capabunga I love drinking wine and I become upset when I only want to drink a glass and have more than enough left over for later. At this point, my cork has disintegrated, gotten lost, or is too hard to shove back in my wine, so I feel like throwing my hands up in frustration….

The latest PISA 2012 report revealed that US students performed below average in math skills, ranking 27th amongst the 34 OECD countries. Shiny Things is using innovative technology to reinvent how we introduce these skills to kids, and to help teachers encourage interest early on in the area Mark Zuckerberg described as “essential for driving human…