Diana, Princess of Wales' Memorial Fountain in Hyde Park. Unveiled in July, 2004 with both the late Diana’s family and the royal family including Queen Elizabeth II present, the $6.5 million memorial to the late Princess of Wales is designed by American architect Karen Gustafson.

Diana, Princess of Wales' Memorial Fountain in Hyde Park. Unveiled in July, 2004 with both the late Diana’s family and the royal family including Queen Elizabeth II present, the $6.5 million memorial to the late Princess of Wales is designed by American architect Karen Gustafson. The oval fountain of 545 blocks of Cornish granite – a ring of water likened to a miniature race course near the Serpentine Bridge- has water flowing down both sides for both agitated and calming effects.

The fountain was built with the best materials, talent and technology, and is the result of an impressive, wide reaching project. It was decided in 1999 that a public memorial should be erected to her memory and so the Princess Diana Memorial Fountain Committee was formed, led by Rosa Monckton, a friend of the Princess. Some three years and ten thousand competing designs later, two ideas were chosen from which the winning fountain would be selected. The entry of American designers Gustafon Porter won the vote over that of British artist Anish Kapoor.

The philosophy behind the Gustafon Porter design was that the fountain should express the concept of ‘Reaching out – Letting In’, in order to symbolize Diana’s inclusiveness and accessibility. The presence of the fountain surrounded by open landscape was intended to create an energy which radiates outwards while at the same time draws people towards it, again reflecting the essential nature of Diana. From its source, water runs down the fountain in two directions, the east side featuring richly textured steps which the water bounces down before passing under a crossing point to the rock and roll section where it gentle rocks and rolls along a subtle curve. Before entering the reflection pool at the bottom of the fountain, this east-track of water passes through the swoosh – a subtle curve where water jets create patterns in, and pump additional energy into the water.

Water which follows the western channel of the fountain ring firstly passes over the highly textured surface of the Mountain Stream where it dances in a lively play of water before passing under a crossing point then onto the bubbles section where the channel widens out and air bubbles are introduced. The water then becomes a tumbling cascade of white water as it corners over a waterfall. Western channel water then spills over the elaborately carved chadder before tumbling into the reflecting pool where it's re-united with water from the eastern channel.

The water for the fountain is drawn from London's water table and is continuously refreshed. The Princess Diana Memorial Fountain proved to be massively popular with adults and children alike, just like the Princess herself. Such was the demand to interact with the fountain that it had to be closed for a short time just 16 days after it was opened. This was partly following a number of people slipping in the water flow, partly to identify a means of handling the huge demand in a manner which would preserve the site in a sustainable way while allowing appropriate access.

(September 16, 2014 – San Francisco, CA) No tricks – all treats for seasonal home decorators as San Francisco-based LivingPlug introduces its Halloween line of decorative faceplates for its multi-use, energy-efficient and child-proof INLET. With a mission to help consumers take a bite out of utility bills, LivingPlug created the INLET to help reduce “Vampire…

Tailor-made clothes have been preferred for ages now; even though the popularity might have gone down in the past few decades, the undeniable glee and comfort received is special. It is because the cloth has been stitched solely for you and prioritizing your body measurements and ease.    However, the ready-made clothes seem like a…

How to Clean Automotive Interiors A car is your pride and joy – yet if it is neglected, it looks like a dilapidated house. Drooling pets, candy eating kids, accidental spills etc. contribute greatly towards damaging car upholstery. If you don’t take care of the problem, certain stains can leave permanent or long-lasting marks in…

If you are a homeowner, you appreciate the importance of a functional air conditioning unit. Whether it is in the middle of the coldest winter or the hottest summer, you are guaranteed your family will always be comfortable. However, the EPA says most of the household expenses go towards paying for energy costs. Your… 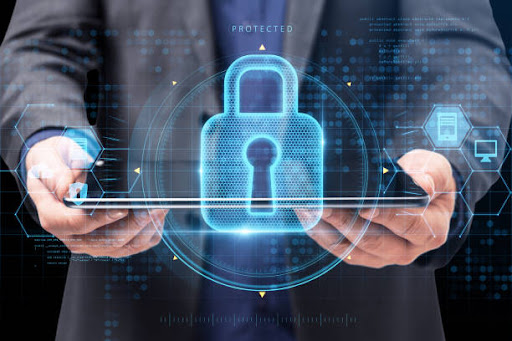 When it comes to digital security, it’s not enough to just have an isolated network or address vulnerabilities from a single point. Even the most secure and advanced organizations are now under constant attack from cybercriminals and other hackers, who attempt to breach their network security to gain access to valuable data or other sensitive…