We have with many failed attempts to get Ray to quit smoking, for his health. There are so many E cigs on the market today, and he has tried many and they have failed him. He has been smoking since he was young, and I know it’s a daily struggle to stop. He has used many and none of them have worked. This one he has been taken too more than others. E-cigarettes are becoming increasingly common replacements for traditional cigarettes for a variety of reasons, but the most compelling is without a doubt health

Electronic cigarettes look like traditional cigarettes and, regardless of their construction, are composed of three functional components: (i) a mouthpiece, which is a small plastic cartridge that contains a liquid nicotine solution; (ii) a heating element that vaporizes the liquid nicotine so that it can be inhaled; and (iii) the electronics, which include: a lithium-ion battery, an airflow sensor, a microchip controller and an LED, which illuminates to indicate use.

When a user draws air through the electronic cigarette, the air flow is detected by a sensor, which activates a heating element that vaporizes the solution stored in the mouthpiece/cartridge, the solution is then vaporized and it is this vapor that is inhaled by the user. The cartridge contains either a nicotine solution or a nicotine free solution, either of which may be flavored.

Vapor Corp. also manufactures the Krave 500 and Krave 300, disposable versions of the Smoke 51 that are good for up to 500 and 300 puffs, respectively. “These unique electronic cigarettes are one piece units, meaning there are no atomizers to screw in, no filters to replace, and no batteries to recharge,” Frija says. “They’re ready to enjoy right out of the pack.” Once a user is done with a Krave, they simply dispose of the entire unit.

Would you like a way to make stuck on lids and jars easy to open? I know I sure did. I have a difficult time daily trying to open new and previously opened bottles and jars. Due to arthritis and a diminished grip, I’ve just given up so many times and chosen another product to use….

Recently I was given the chance to do a review on the new pop clocks. This is a great way to make getting up fun. My son is eight years old and gives me a hard time getting up for school on some days. This clock helps make him getting up fun, and at…

The Monthly Magic Box! As i was told  it is filled with lots of Magic: The Gathering items from cards to sleeves and a few things inbetween. Let’s open the box  and see what the month of August had in store for us: Magic: The Gathering Ultra Pro Deck Protector Sleeves This pack includes…

Introducing Surf Sharks The First Ride, By Shelly and Chance Wolf. I recently had the amazing opportunity to review this book and I found it to be a delight and so did my son. This book is about three boys; Rip, Ozzy, and Wade, who are hanging out at a surf contest when they find… 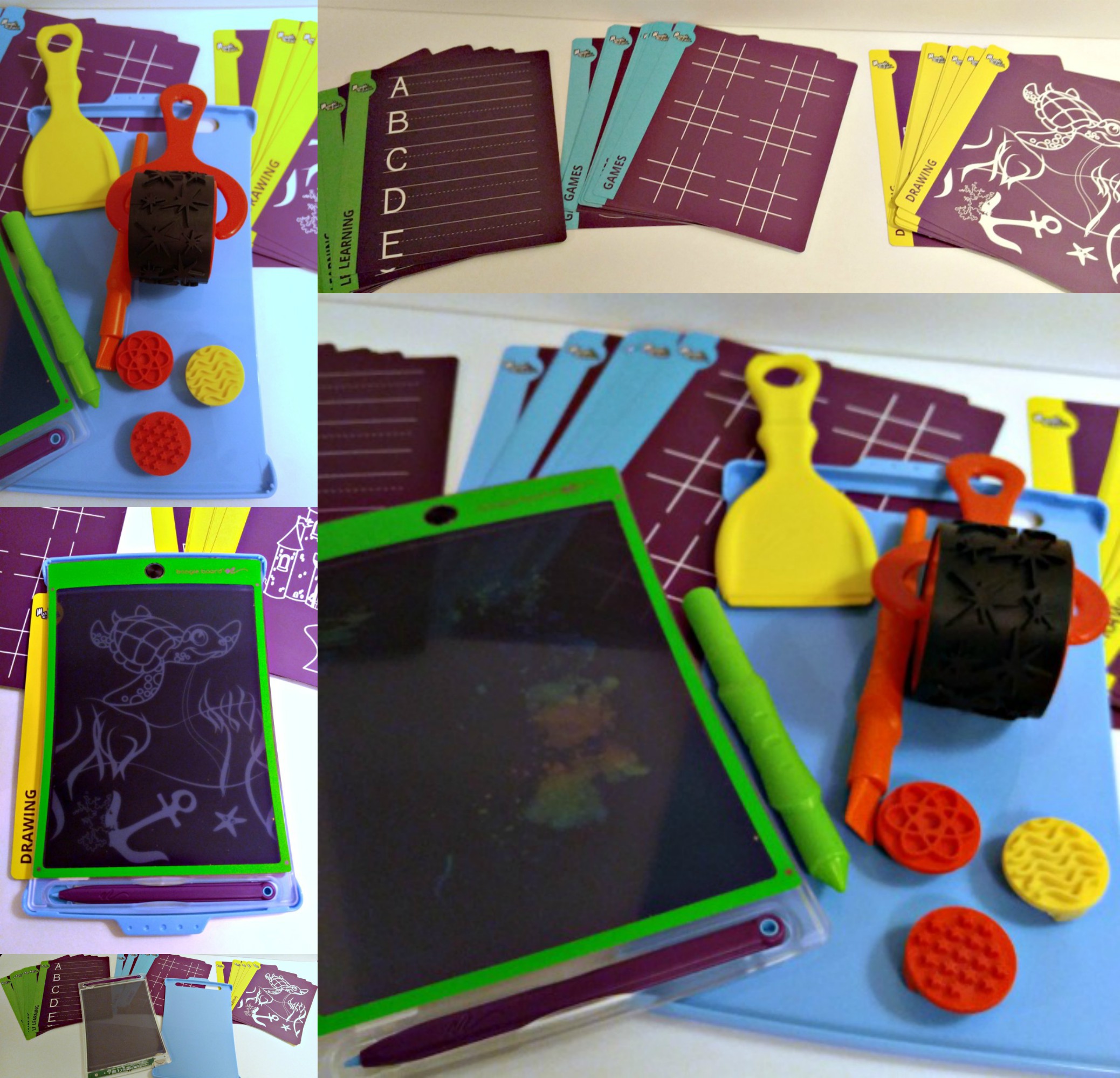 Magic Sketch allows your kids to create all kinds of amazing art. While other tablets are easily broken Magic Sketch is super kid proof! Let them drop it, toss it or even step on it and it will not break! All of the cute little utensils that you received with this will help your child…

When I think of cameras, one company’s name comes to my mind first and that is Polaroid.  When I was younger, the only thing I wanted was  Polaroid camera.  I thought it was the neatest thing that you could get your pictures instantly without having to go somewhere to have your film developed.  I will…