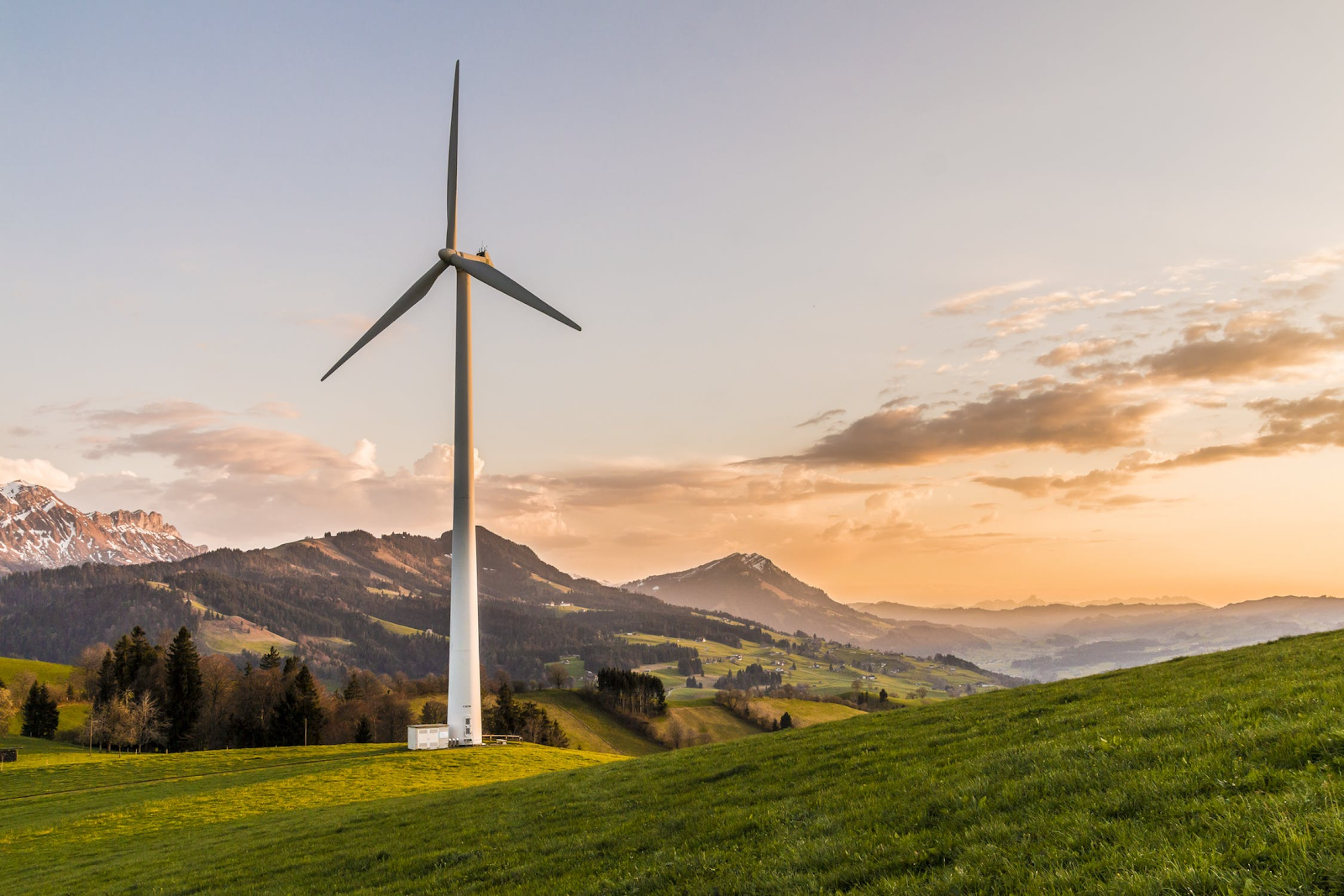 The world we live in needs enough energy to keep it going. As the Earth’s population grows, so does the need for more power becomes necessary. Today, scientists are still trying to develop more ways to draw power from other sources to address climate change. So what are some of the things we need to know about getting renewable power that can make our lives easier as inhabitants of this planet? 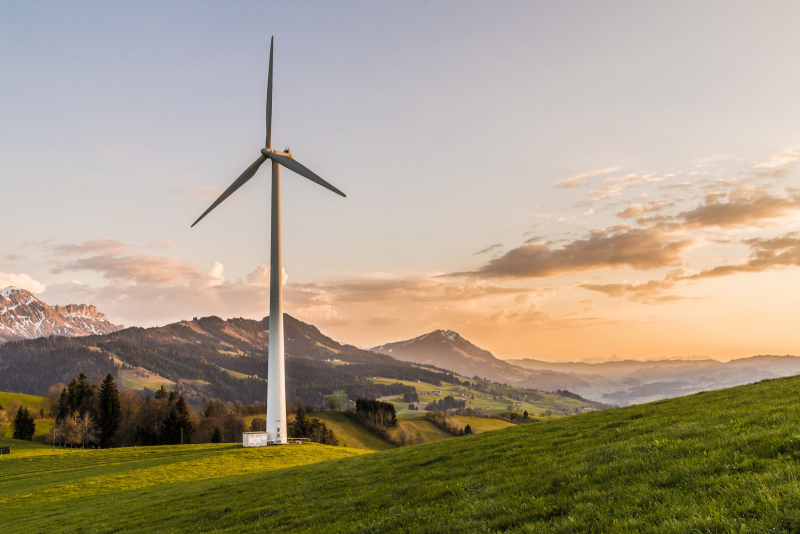 The different types of replenishing power

Over the years, humans have been using solar energy to carry out certain functions such as growing their crops, drying their foods and keeping their bodies warm. The sun's bright rays are benefiting us in a number of ways, such as providing heat for our homes, warming our water and powering up our devices. In addition, solar farms in operation today depend on solar energy to carry out functions such as providing heat for living spaces and generating electricity for everyday use. Solar farms use various techniques to collect renewable energy that they pass on to their customers. In fact, many countries depend on them as an energy source.

Hydroelectricity depends on running or falling water to draw renewable energy from. As the water falls or flows at a fast or slow rate, the turbine blades start spinning. As the blades continue rotating, the generator starts transforming the energy that the spinning turbine collects into electrical energy. Since this type of energy is fueled by water, it is considered to be a clean source and will not cause air pollution, unlike natural gas and coal that pollutes the air with fossil fuels. Some other benefits to derive from hydroelectric use are flood control, clean water supply, and irrigation. Hydroelectricity is a renewable energy source because it gets its power from the water cycle, which is coming from the bright rays of the sun.

Wind power gets its source from the moving air all around us. Since the earth absorbs the power of the sun at different points on its surface, pressure and temperature will either climb or fall and this difference is what produces wind. To benefit more from wind power, wind farms are built in areas where the wind is stronger, such as high altitude sites and offshore.

Bio-energy is a renewable energy that gets its power from the sun. The organic material that contains biomass is drawn from animals and plants. Bio-energy transforms biomass into biofuels that the world depends on for transportation purposes. An advantage of using bio-energy is that it is easy to produce using organic waste materials that most people or countries tend to discard easily. Another advantage is that it is more reliable than wind or solar energy and this makes it be more in demand. Today, scientists are looking at the possibility of bio-energy becoming one of the main sources of earth’s energy supply.

Geothermal energy is formed from within the earth’s crust because of the high intensity of heat found there. Companies that are in the geothermal industry use this kind of energy to generate electricity and heat houses. Some of the geothermal advantages are the clean energy it produces, it’s a great energy source for the environment, consists of powerful renewable energy source and it does not need plenty of maintenance to keep it running. 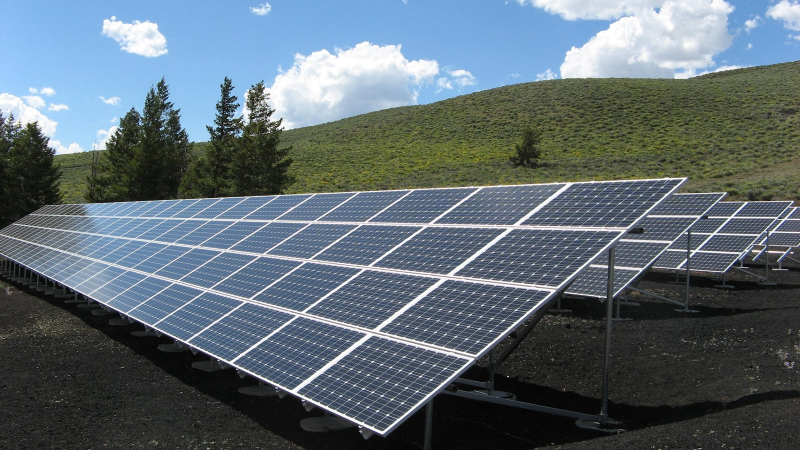 Bulb is undoubtedly one of the best renewable energy companies on the market today. It works at the speed of supplying 100% green electricity and another 10% green gas production. This company is presently supplying 1.4 million homes in the UK with green energy. The people behind USave say, as a top buyer of energy from independent generators in the UK, Bulb is more efficient and in addition, makes sure to pass on its green energy at an affordable price to consumers. The reviews at USave about the best green energy suppliers listed Bulb as one of the key players in the renewable energy market. They believe that Bulb is utilizing its maximum potential in serving the UK market and is producing green energy for consumers at a remarkable rate.

Ecotricity is a household name when it comes to finding green energy suppliers in the UK. They specialize in providing UK homes with frack-free gas and 100% renewable energy. Today, Ecotricity is looking far into the future and is building renewable infrastructure facilities to keep their solar farms, windmills and even the green gas mill, which is a first in the country. Since 2019, this company has been hailed as one of the UK’s best green energy companies.

Green Energy UK boasts 100% green electricity and 100% green gas outputs to Britain’s consumers. Since they are the only company in the UK that supplies 100% green electricity and 100% green gas, they hold the distinction of being the greenest green providers in the UK. This company gets its renewable sources from the wind, hydro and solar supplies. Some benefits that consumers get by making their energy provider Green Energy UK are affordable electric and gas prices, quick call answering service, 100% renewable energy and the ease of switching to another commercial energy supplier.

As the earth continues to spin on its axis, humans as its inhabitants continuously depend on power to keep living. We all know the effects of fossil fuels, so the need to develop other sources of energy is vital for both our existence and of the planet we live on. Be smart, do your part. 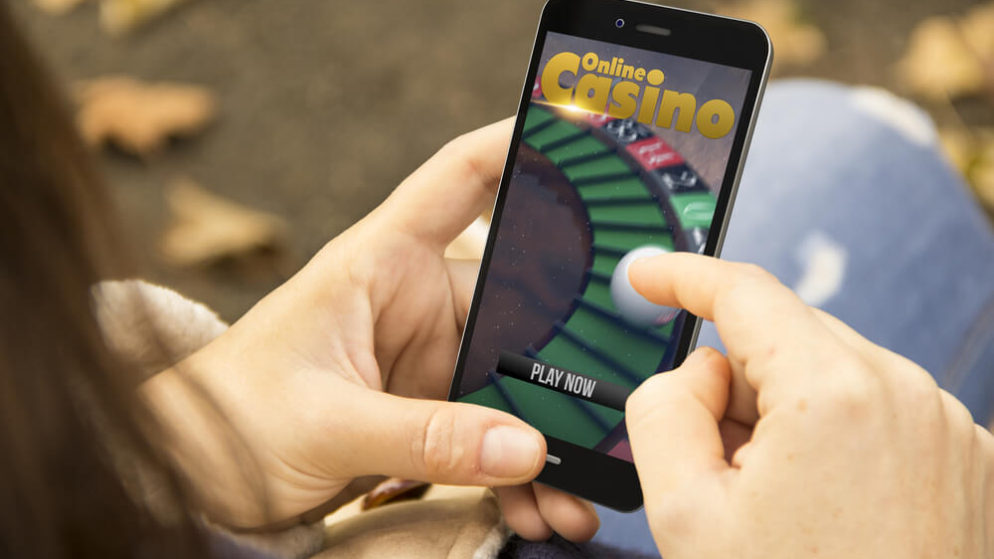 The gambling industry still faces a lot of stigma and negative stereotypes, as do people who enjoy gaming. People are quick to pass judgement on those who enjoy betting or gaming, and especially quick to judge those who need help with a gambling problem.   To put it plainly, there is a lot…

A new year always means a chance for a new start. You and yours can begin this new year by making some travel resolutions together, regardless of your time and budget restraints. Put aside those new travel habits and make some new ones! Let this be the year that your travel designs focus on fun,…

lickr   When the stress of work gets you down, you often feel like you need to relax when you get home. It might be the amount of work or a stressful boss who is making you feel unhappy. We often can’t be bothered to go out again after the daily commute, so here are… 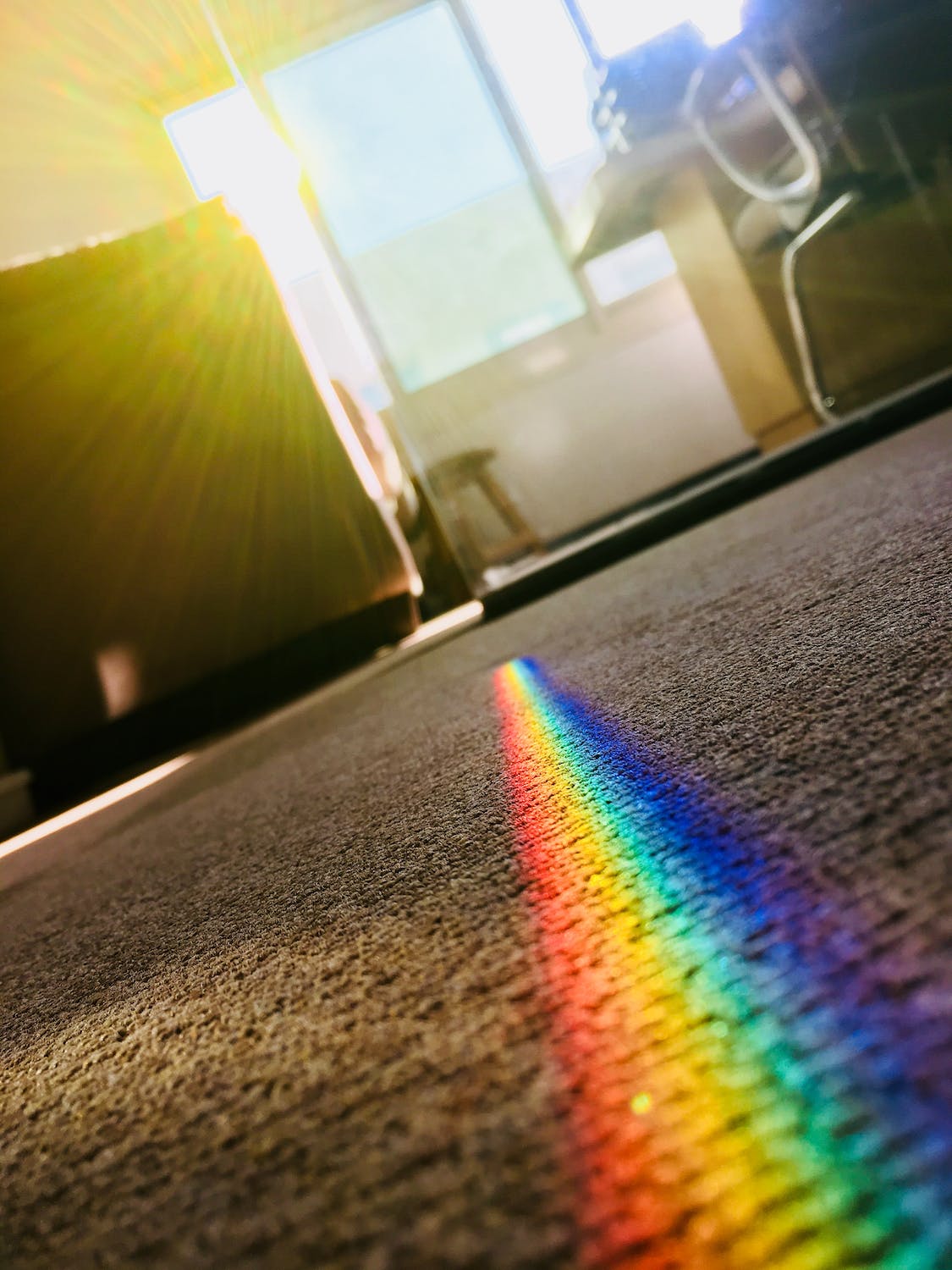 If curtains are the frame of a room, much like a picture frame, showing it off to the world, carpet is a room’s backdrop. A clean, bright carpet creates an inviting, cozy vibe to the room, complementing features to the best effect. Neglect your floor, and it begins to get dirty and dingy, putting a…

If you are an animal lover, you may be missing out on lots of love by not having a pet in the home. There are lots of reasons for keeping your home pet free. Maybe you work away a lot, or the kids have allergies. Perhaps you had a pet once but found the pain… 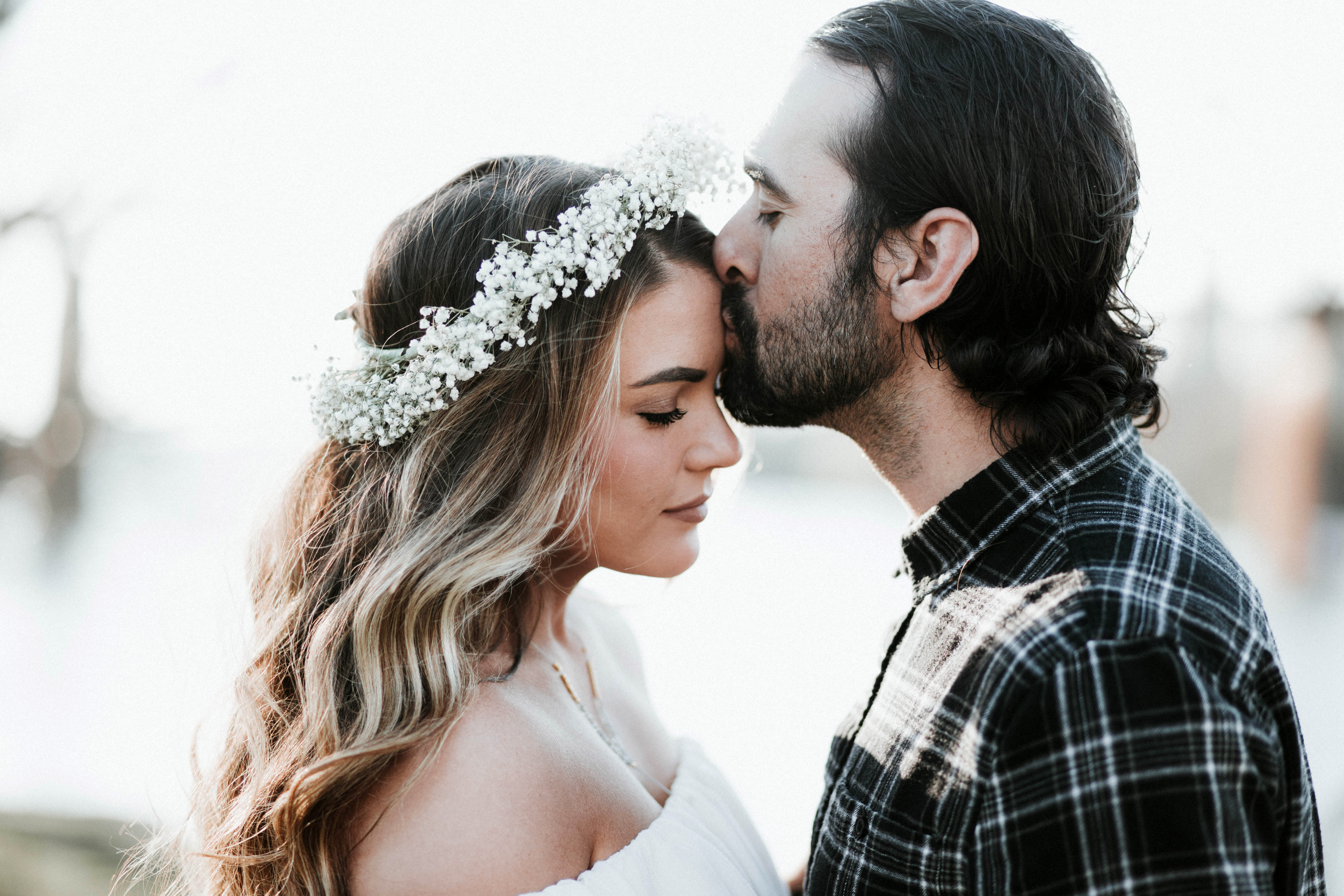 Every bride wants to feel like the center of attention on her wedding day. After all, this is probably the one day in your life where you actually want as much attention as possible. All eyes will be on you, and you want to make sure these eyes are green with envy at your outfit….