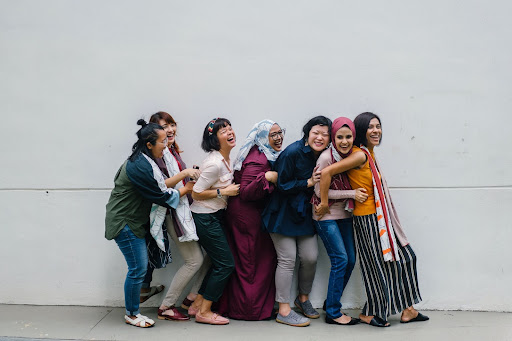 Menopause is one of the most enigmatic periods of a woman's life. The lack of information surrounding this time both in medical circles, and coupled with the secrecy that surrounds it within friendships, family and society itself leads to a lack of clarity and ultimately confusion. Whilst menopause has been acknowledged as an aspect that can have a huge impact on a woman's psyche for the past decade or so, the current level of emotional instability experienced by women during this period is unprecedented. This article will take a critical look at how and why menopause has become such a ‘hot topic' and examine how it can affect our mental health.

There is no single “right” way to feel during menopause, but if you experience a combination of the symptoms below, you may want to seek help.

Menopause can be a time of anxiety, stress, and worry. It can also be a time where women may think they are going crazy.

In reality, these feelings could be caused by the hormonal changes taking place in their bodies.

Below are 7 ways on how menopause can affect our mental health:

Many women experience anxiety and panic attacks during menopause. It is important to know that this is not only common but normal during this time.

Sudden hot flashes are bad enough, but menopause brings with it a host of other symptoms. Lack of sleep, fatigue, night sweats and weight gain can all lead to feelings of depression.

There are many factors that contribute to this situation:

Hormonal changes and fluctuations during perimenopause (the phase before actual menopause) are the main culprits behind an increase in anxiety during this period of a woman's life. Decreased estrogen levels, specifically, can cause stress, irritability, mood swings and increased feelings of worry and nervousness.

Hot flashes can also affect your sleep and cause you to wake up feeling anxious or uneasy.

It's not uncommon for menopausal women to experience mood swings and even some depression. The most common symptom is irritability, which affects up to 40 percent of women during perimenopause (the time before menopause). But other symptoms include sadness, anxiety, difficulty concentrating and sleep troubles.

Menopause may trigger depression because of the many hormonal changes that occur throughout this period. As estrogen levels start to decline, this can affect the parts of the brain that are responsible for regulating moods. And these changes aren't just in your head: Estrogen receptors are located throughout your entire body, including in your skin and bones. Even though you're making less estrogen during menopause, you still need it — but you may still feel like you're experiencing a loss of estrogen when those levels start to drop.

However, it is important to note that this could be due to other factors as well, so it is always best to speak with your doctor about depression and other mental health concerns.

There are many different types of stress that women experience during menopause. Once a woman reaches perimenopause, she may notice that her mood becomes more unpredictable. The hormonal shifts during this period of transition can affect many aspects of how an older woman thinks and feels.

One of the most common symptoms women experience during menopause is difficulty sleeping. Insomnia is a top complaint, with as many as 80% of menopausal women reporting difficulty falling asleep or staying asleep.

Researchers aren't exactly sure why the loss of estrogen that accompanies menopause can lead to trouble falling asleep, but there are some theories:

Drop in estrogen lowers body temperature. As you enter perimenopause, your body temperature may fluctuate more than it used to, causing hot flashes and night sweats, which may make it hard to fall asleep or stay asleep.

Lower levels of estrogen also affect the levels of serotonin and other neurotransmitters in your brain that help regulate sleep cycles. And since they tend to drop when estrogen levels fall, too little serotonin can disrupt sleep patterns.

Menopause can cause anxiety or depression in some women, which can decrease their ability to fall asleep or cause insomnia.

Menopause is a time of change for women as a result of decreasing levels of the hormone estrogen. This can cause a range of physical and emotional symptoms.

Menopause is the natural decline in ovarian function that occurs with aging, according to Johns Hopkins Medicine. The average age for menopause is 51. During this time, a woman's reproductive hormones, including estrogen, decline.

The relationship between menopause and mood swings has been widely studied. However, while research suggests that significant numbers of women experience mood swings during this period, it doesn't appear that these are significantly more prevalent than what would be considered normal.

Mood swings are characterized by unpredictable changes in emotion. With menopausal mood swings, the feelings involved may range from anger to anxiety to sadness or depression. They can occur suddenly and unexpectedly and last for just a short time or several weeks or months.

During the menopausal transition — which can start in your 40s and 50s and even last for years after your last menstrual period — you might find yourself feeling more irritable or depressed about things that normally wouldn’t bother you, says JoAnn Pinkerton, MD, executive director of the North American Menopause Society (NAMS).

If you’re going through menopause, it’s important to know that these mood changes don’t have to be permanent. There are ways to help get your emotions under control and keep them there.

These issues are not due to a lack of testosterone, but rather to the fact that the hormone has been rerouted. During menopause, estrogen levels drop, causing the body to produce more testosterone.

However, that testosterone isn't going where it used to go. It's now being converted into estradiol (a type of estrogen) by fat tissue and skin. This conversion is happening because there's less estrogen in the body than before menopause.

The result is that women who were once getting plenty of testosterone through their ovaries will now be getting less of this hormone through their adrenal glands. They'll also get a boost from their fat tissue and skin, but it won't be enough to make up for the loss in ovarian production.

This drop in testosterone can cause libido to lower.

It's not your imagination: menopause can cause memory loss.

You know that menopause is a time when you're experiencing physical changes in your body and mood swings, but your memory may also feel like it's going haywire. Some women have even described it as a “fog,” but why does this happen?

The reason is simple: During menopause, the levels of the hormones estrogen and progesterone drop. According to research published in the Journal of Endocrinology, these drops can affect the brain's hippocampus — which controls memory — and other areas that influence memory.

Overall, it is vital that women maintain a healthy lifestyle throughout menopause to help prevent mood disorders. Maintaining a healthy diet, getting enough sleep and exercise, attending support groups, and avoiding dangerous activities can all significantly help with managing menopausal symptoms and mood disorders. 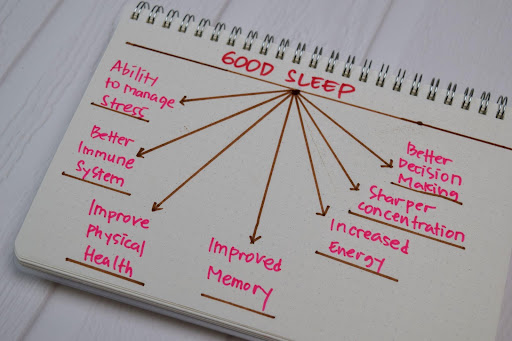 Do you consistently feel tired during the day? Are you having a difficult time finishing everything you have to do? If so, you might not be getting enough sleep at night. The average adult requires between seven and eight hours of sleep per night. If you have children or teenagers at home, they require… 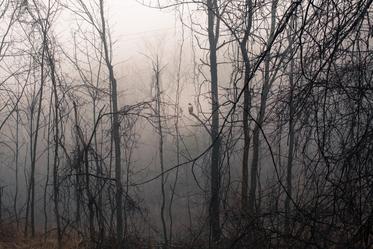 Sharing hunting stories is a tradition that dates back to the days of cave paintings and stories around the campfire, but we have come a long way since then. In the last couple of decades, with the emergence of internet technology, it has gotten even easier to connect with other outdoorsmen. There are now more…

According to the American Academy of Child & Adolescent Psychiatry, over 60% of 13-17 year olds have at least one profile on a social networking site, many spending more than 2 hours per day on social networking sites. Additionally, Pew Research Center surveyed teens ages 12-17 and concluded that 73% of teens have cell phones,… 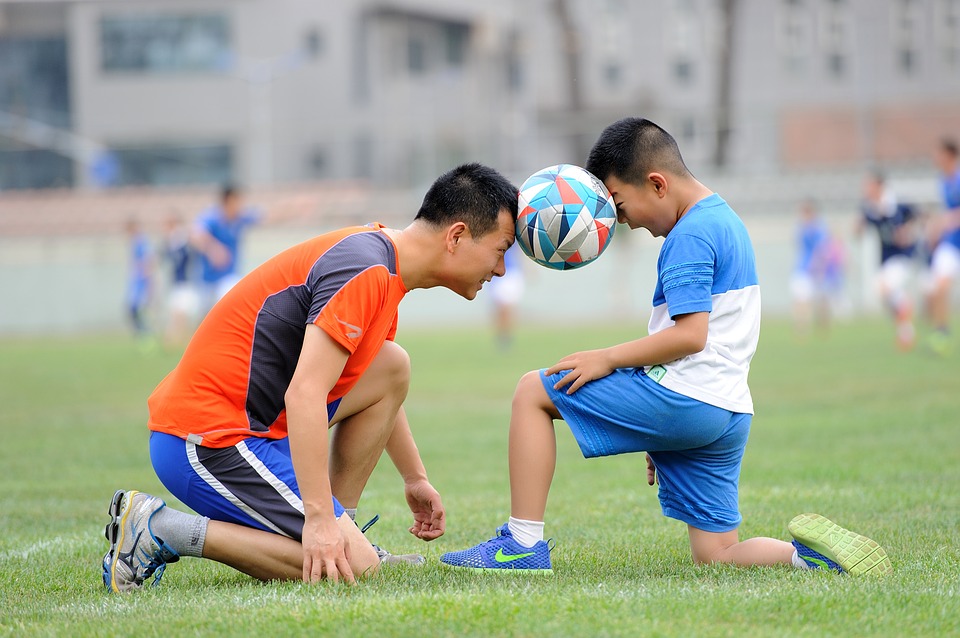 When raising our kids, we can often find ourselves becoming swept away by their childhood passions. When our kid is cast as the third shepperd in the school Christmas pageant, their tour-de-force performance becomes quintessential viewing for the family. But just when we’re about to start canvassing casting agents, they’ve become bored with acting and…

The world of technology is growing at an astonishing rate, introducing innovations that our ancestors would have most likely deemed extraterrestrial in origin. Truth be told, even scientists are struggling just to keep up with every new piece of tech that’s launched each year.    From groundbreaking military equipment to the latest developments in medicine,…

Choosing a family holiday that everyone will love isn’t easy. You’ve got to find the balance between keeping the kids and the parents happy. The family holiday is a chance for everyone to do something they enjoy. Make a decision as a family, and the kids will love you for it! source Travelling with children…