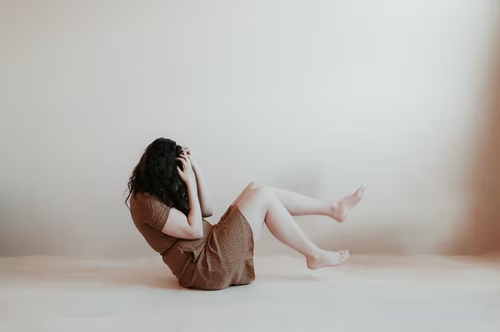 People experience anxiety attacks for various reasons. Anxiety is a state of apprehension, danger, and uneasiness. Many people as well as doctors believe that there is no cure or medicine to stop anxiety from occurring. However, with the right steps and mind-set, anxiety attacks can be stopped or avoided.

However, it's a challenge for plenty of individuals to acknowledge the true origin of their anxiety, but once they identify the source, it becomes easier to conquer it. So, we lists eight reasons why anxiety attacks occur:

When you are stressed, your body produces more adrenaline, cortisol and other stress hormones. This can cause an increase in heart rate, blood pressure and breathing rate.

These changes make it more difficult for your body to regulate its temperature, which can trigger chills, sweating or hot flashes. This is one reason why anxiety attacks are often accompanied by chills or hot flashes.

Anxiety attacks also make it difficult to sleep because they cause overstimulation of the brain. This can also lead to irritability and restlessness, which makes it difficult to relax during the day and fall asleep at night.

Anxiety and panic attacks are the most common mental illness in the United States. It's estimated that about 18% of people in the U.S. will experience an anxiety disorder at some point in their lives, and about 7% of the population will be affected at any given moment.

Anxiety disorders can be caused by a number of factors, including genetics and environmental influences. In addition to these factors, physical illness is one of the reasons why anxiety attacks occur.

The connection between physical health and anxiety is well documented. For example, people who have chronic illnesses such as asthma or diabetes have a higher risk of developing an anxiety disorder than those who don't have these conditions.

Hormones play a significant role in the development of anxiety. Anxiety is associated with increased levels of cortisol, a hormone released by the adrenal gland. According to the National Institute of Mental Health (NIMH), cortisol can cause an increase in blood pressure, an increase in heart rate and muscle tension, as well as an increase in respiration. This explains why some people experience physical symptoms during an anxiety attack.

The hormones estrogen and progesterone also have effects on mood and behavior. Research suggests that these hormones may influence women's risk for developing anxiety disorders. Women with histories of depression or bipolar disorder often have abnormal menstrual cycles, which may be related to changes in their levels of these hormones.

The hormonal changes that occur during menopause can contribute to anxiety symptoms as well as mood swings and irritability. During menopause, women usually experience decreased estrogen production; this drop may be responsible for many psychological changes that occur at this time in women's lives, including mood swings, hot flashes and night sweats.

An anxiety attack can come on suddenly and without warning, or it can build up gradually over time. Anxiety attacks usually last from a few minutes to an hour, but some attacks may last longer.

Medications can interact with other medications to cause side effects that mimic panic attacks. In addition, some drugs may trigger panic attacks in those who are susceptible to them.

Although most doctors believe that medication is not the best way to treat anxiety disorders because of their potential for addiction and dependency, there are some medications that help reduce symptoms by altering brain chemistry or blocking certain neurotransmitters in your brain.

Sleep deprivation is a state in which an individual has not had enough sleep. It can be caused by a number of factors, including insomnia, shift work, jet lag, and circadian rhythm disturbances. Symptoms include attentional lapses and increased susceptibility to distractions.

People suffering from sleep deprivation often have a higher risk of developing mental health problems such as depression and anxiety disorders. In some cases, however, they may actually experience positive effects on mood and cognition, at least in the short term.

In addition to its effects on mental health, sleep deprivation has been linked to physical health problems such as obesity and diabetes. Sleep-deprived people also tend to make more mistakes than those who get enough rest.

This  is a form of emotional abuse and it can have devastating effects on an individual's self-esteem and confidence. If you are being verbally abused by your partner, then there is a high chance that you will experience anxiety attacks.

Verbal abuse can be used as a weapon to control you and make you feel worthless. When someone tells you that you are useless or stupid, it will lead to low self-esteem and reduced self-confidence. These feelings may cause anxiety attacks because they make you feel vulnerable and insecure about yourself.

When you're experiencing an anxiety attack, the last thing you want is for your loved ones to add to your stress. Unfortunately, this is exactly what happens when someone close to you has an anxiety disorder. Family members often don't know what to do or say in response to the person's symptoms, which can make the situation worse.

When someone is having an anxiety attack, they may feel like they're being watched or judged by other people. This can lead them to withdraw from certain situations that cause them anxiety and miss out on opportunities for growth and healing.

Caffeine is one of the most common stimulants in the world. It’s found in everything from coffee and tea to chocolate, sodas and energy drinks. Though caffeine can help you stay awake, it can also cause side effects like anxiety and nervousness.

However, caffeine affects people in different ways. Some people may experience an increase in energy and focus, while others may feel anxious or jittery after consuming caffeine.

If you consume too much caffeine, it can cause anxiety attacks in some people. Unfortunately, there’s no way to tell how much caffeine is too much for an individual person based on their sensitivity level alone since everyone reacts differently to it.

At the end of the day anxiety can be difficult to handle and manage, but with enough work and dedication it is possible to deal with it so you are living your ideal life. 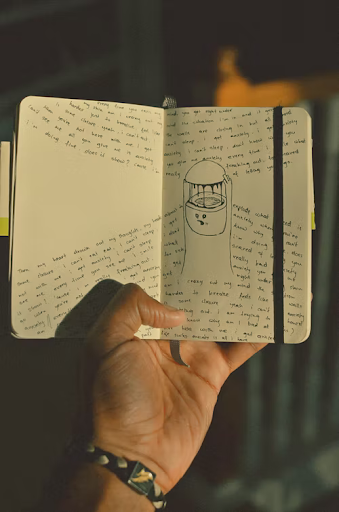 It’s normal to feel anxious and afraid during times of crisis, but it’s not okay to let your feelings control you or paralyze you. You can’t control what’s happening, but you can control how you react. Here are 10 tips on how to cope with fear and anxiety during this difficult time in… 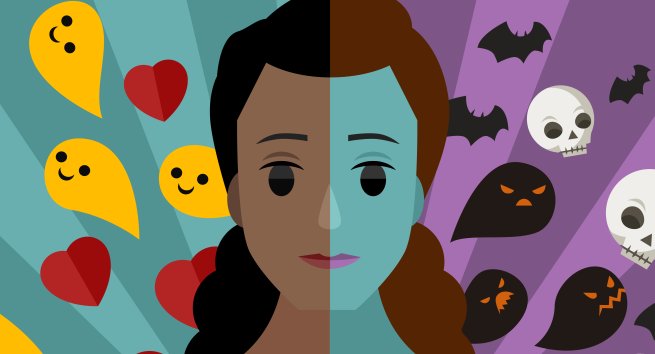 Let’s face it, raising a teenager is difficult even on a good day. That is because being a teen is difficult. But when your child is having a meltdown because she cannot find the right color nail polish to match her belt or enraged because he cannot use the car, it is a nightmare…. 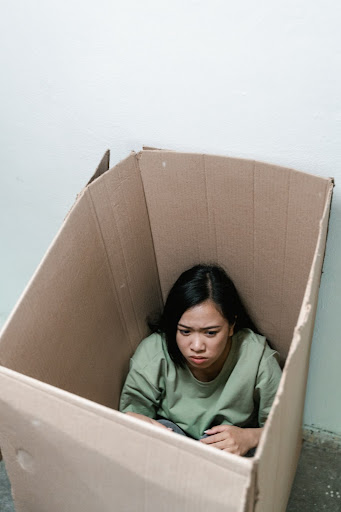 Phobias are an intense, irrational fear of an object or situation. While you may be familiar with phobias like arachnophobia, the fear of spiders, and claustrophobia, the fear of tight spaces, there are some more unusual phobias people suffer from every day that are so rare you might not even know they exist. 1. Trypophobia… 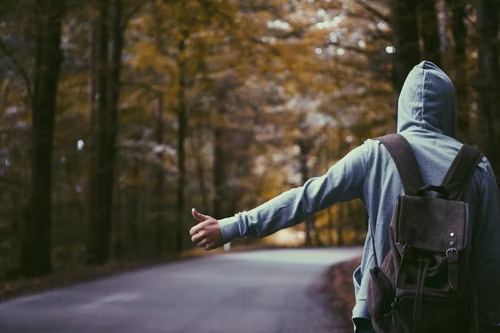 Depression is a very serious mental health condition. One that if not properly taken care of can lead to suicide. While there are tons of types of depression, they’re still all bad and should be dealt with. So here are the 10 widely known levels of depression: 1. Normal Depression Normal depression, also known as… 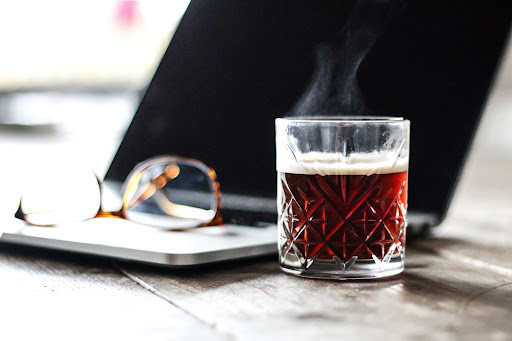 In the last 100 years or so, innovations in mental health care have been a notable occurrence. More and more people are diagnosed with mental health issues and are treated better than ever before through medication, therapy, and other methods. But what role does coffee and beer play in all of this?  … 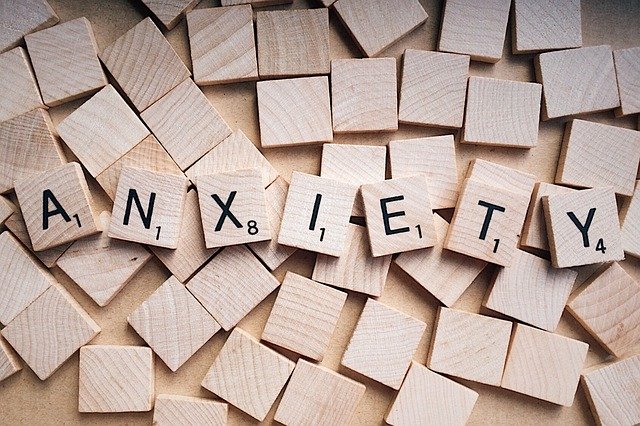 Anxiety is one of the most pervasive mental health issues in the world. It can affect anyone, no matter their age or background. The physical symptoms of anxiety are well known, but what about its other effects?   Anxiety can impact your relationships, your productivity, and even your enjoyment of life. That’s…